Christian Borle Opens Up about His Gay Speculation 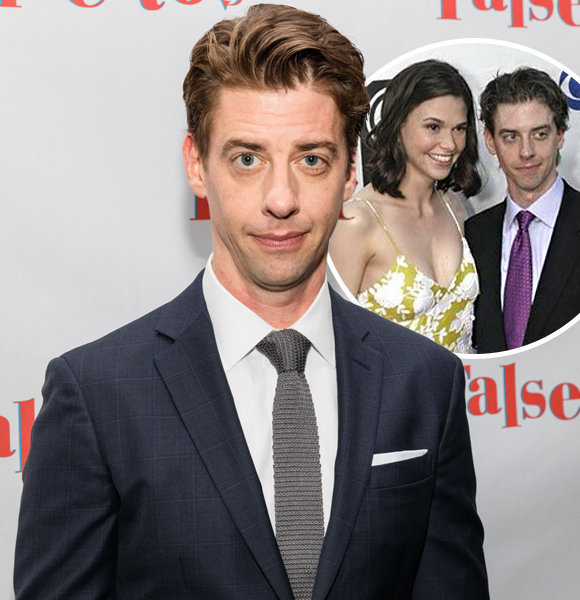 'Peter Pan Live' star Christian Borle is an individual who holds prominence in both singing and acting. However, the two-time Tony Award-winning actor has had several questions hovering over him regarding his sexuality as many got skeptical of him being gay.

Moreover, the doubts remained intact despite the actor tied the knots.

His sexuality is probably one of the most asked questions regarding Borle, although he had gotten married to a woman. The question ignited as Borle portrays many gay characters in movies that made his viewers skeptical.

However, when asked why he accepted several gay roles, his answer was rather interesting. The actor answered, "I think it’s less a reflection on me and more because lots of gay roles are being written, which is fantastic. I’ve certainly never hesitated to take a gay role." He also addressed how viewers perceive him as gay due to his roles. But, that doesn’t decide his sexuality in real life. Borle is straight off-screen, and the speculation about his sexuality is nothing but just a rumor.

He also got married in 2006 to his then-partner, whom he had been dating for several years.

Who Is Christian Borle’s Wife?

The cinema romance does flutter every heart, but living a love life as such is impeccable. Borle first met his wife at Carnegie Mellon. They ignited the spark of friendship till they reached the sets of 'The Three Musketeers.'

Gradually, their love for each other grew stronger, and the two decided to tie the knots in 2006.

After that, their life was heading forward at a surreal pace. Each time his wife, Sutton Foster, was asked about their married life, she replied how things were going slow yet ethereal. The husband and wife duo proved as a power couple to their audiences. But unfortunately, the serene pace of the relationship they were walking through took a pause and ended in 2009.

After three years of being together, they got decisive regarding parting their ways and ending things with a divorce. Their divorce got a lot of attention.

Finally, after a few years of partition, his ex-wife, Sutton, came forth to speak up on their separation.

She spoke on how she became a person she never was after their divorce. Sutton also added that her life went "crazy town" and wrangled up for a few years.

Moreover, she also talked about how she was involved in a substantial relationship after their divorce.

Soon after, she came up with a memoir, Hooked: How Crafting Saved My Life. In this memoir, she has buckled up on a lot of things.

The memoir specifically covers Sutton's disputed relationship with her mother back then.

Moreover, she has also ensured to cover up the stories of her and her ex-husband, Borle.

As mentioned, she had a tough time after the divorce, and at those times, out of frustration, she had crocheted a blanket out of agony.

That phase of her life, too, has been covered in the memoir. It seems like she initiated the memoir journey amidst those tough years, where writing was her only comfort.

However, the best part of the story is that she overcame all of these and has moved on already.

Also, the relationship between the exes hasn’t gotten bitter to this date. However, in one of Sutton’s interviews, she mentioned how she has been seeking advice from her ex-husband, Borle.

Despite the partition, both of them are still friends and are also flourishing in their field of work, paving the paths of success.