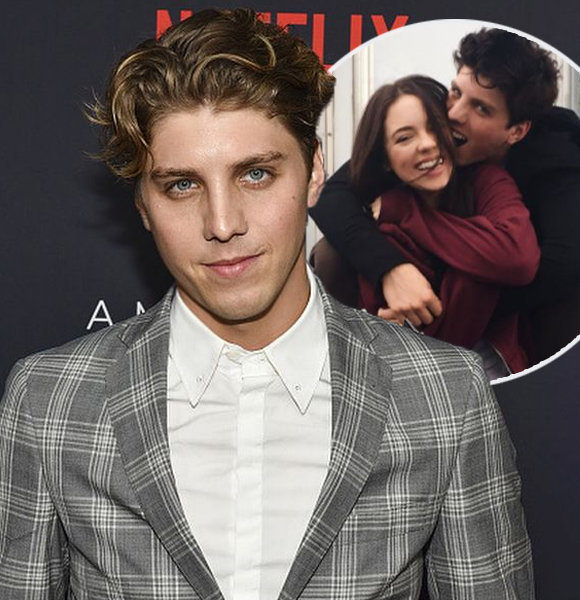 Lukas Gage might be a new name for many, but this name sure isn't going anywhere any time soon. From his appearances in 'Euphoria' and 'The White Lotus,' he has gained consequential attention from all around.

As charming as the actor is, the nature of his roles cannot stop but make people kind of ponder on the fact if Gage is gay.

And where the gay specualtions came from and why they linger around this actor's life seems all but assured when one looks into his movie roles.

If there is anything we would not do is to stereotype any kind of social construct that would be harmful to someone.

So straight away, there is no answer to this question (oh! there is, at the very end), but all we can give is justice to how his sexuality rumors might have come to life.

He gained prominence after his role in 'Scouts Guide to the Zombie Apocalypse' in 2015 and then followed shows like 'American Vandal' in 2017, 'Euphoria' in 2019, and as of recent, 'The White Lotus.'

Apart from these career-shaping appearances, his other terrific and larger-than-life roles include the role of a gay character in 'Love,Victor, and Midnight Kiss.'

His other appearance where he has played the role of a gay person was back in 2019 in 'Into the Dark.' The show puts up some steamy scenes of Gage with his other co-star.

As formidable as his acting is, it makes people wonder if his reel life acting is actually his real life.

While all we can wonder is that it's just acting, but what do we know is that he is a strong, LGBTQIA+ ally.

An article describing how Lukas Gage stood up for himself over a director who belittled his apartment all the while thinking he was on mute on Zoom also shared a heartbreaking moment in his life that gave him the boost to pursue his acting career.

"I was at a party, and my friend got beat up for being gay. I jumped in to protect him, and I got beat up, [too]. I broke my orbitals, my nose, my jaw ... eight of my teeth got knocked out. I [had to get] my face put back together"

Shared Lukas further addressing how it was at that moment that he thought, "If I die, will I have done everything I wanted to do?'"

And looking to his life now, Gage has come a long way and has been molding his acting career to the path of success. He has two films coming out this 2022, 'Moonshot' and 'Modas Man.'

While the discussion of how his gay and sexuality rumors might have come to light is over, we have to touch on something that we have kept a secret.

"so glad we finally decided to date."

Wrote Gage handing a reply to a tweet that featured a picture of him hugging a girl being all cuddly and goofy. The picture was posted by Claudia Sulewski, an American actress, host, and YouTuber.

If they were together then, sorry to break to everyone, they are not any more!

As of recent, Gage was also speculated to be dating Maude Apatow, his co-star from 'Euphoria,' as they started posting pictures with each other quite frequently.

They will soon be seen in 'Euphoria 2' set to air this 2022. But while there is speculation on the one hand, on the other, by the looks of it, Gage is kind of fed up with relationships or, let's say, other people's relationships.

He congratulated all the couples for their love life in a funny Tweet but later told them to keep it to themselves.

While that was nothing but a humorous tweet, doesn't that make us wonder that he is single?

Well, we shall not know right now, but what do we know is 'Euphoria 2' will very soon be seen in HBO Max as the trailer for its second season was recently dropped in HBO Max prior to the new year 2022 in December of 20.

The show will air on January 9 on HBO Max.