Elizabeth Perkins and Her Husband's Never Ending Love For Each Other 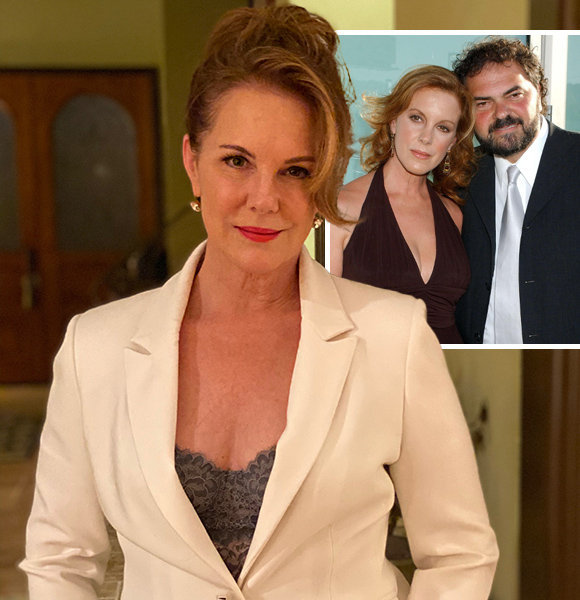 'Must Love Dogs' actress Elizabeth Perkins has been ruling the hearts of millions with her astounding acts on-screen. Her charismatic performances always enchant her fans with a spark of joy.

Perseverance and commitment could have been the secret for her colossal career. But, if you wonder the secret behind her flourishing personal life alongside her husband, we have your back.

Being the youngest amongst two sisters, Susan and Karen, Elizabeth grew up in a loving and supportive family.

And adding to her perfect family picture is her husband, Julio Macat, a cinematographer.

The vows they exchanged, promises they kept for each other while walking down the aisle in 2000, are still intact after over two decades of togetherness.

Reversing the time to 1994, Elizabeth and her husband, Julio, landed their eyes upon each other for the very first time during the production of 'Miracle on 34th Street.'

Their love story that initiated years back has still not lost its essence.

This year, on valentines day, Elizabeth marked her 24th Valentine alongside the love of her life, Julio. With an adorable post, she captioned, 'Happy Valentines Day love of my life. 24 years and counting.' Julio might have been the person of her life now, but she came across her share of heartbreaks before him.

The first time she walked down the aisle was with her former husband, Terry Kinney, in 1984.

Terry was one of the founders of the Steppenwolf theater company. As per the sources, Elizabeth had fallen for him at her first sight.

But unfortunately, the relationship lasted no longer than four years, and the actress and her former husband soon parted ways.

After four years of wedding, they separated legally in 1988. Again, in 1991, the actress had her heart exchanged with Maurice Phillips, whom she dated until 1992.

Also, read Debunking Gardner Minshew's Personal Life- Does He Have A Girlfriend?

As for her children, the actress has a daughter named Hannah Jo Phillips, who got married in 2021.

Eventually, after all the hardships and breakups, the actress healed herself and came across her current husband, Julio, in 1994.

And the eyes that met years ago still hold the spark of love.

Elizabeth is not just an actress who mesmerizes her fans on-screen or a wife who takes away the crown for being the best, but she is one of those admirable ladies who has also been recognized for using her voice for good.

In 2017, Elizabeth supported the #MeToo movement against actor James Woods.

Many ladies had come forward with several sexual charges on Woods that year. Supporting those woman's voices, Elizabeth showed up.

Whether it be her contributions to Hollywood or social works, she does it in a way that the words seem ineffable.

The reason for her being a perfectionist is how she holds a hefty net worth of five million dollars, as per Celebrity Net Worth.

Amidst all these beautiful embellishments in Elizabeth's life, few of her fans have also wondered if she had plastic surgery.

The questions arose as the actress never seemed to age. However, her ethereal beauty still doesn't fail to mesmerize her fans.

Now, heading straight to the point, yes, she did have some work done on her face.

She underwent a facelift, job done in upper and lower eyelids, and laser resurfacing around her mouth area in 1996, adding to her beauty.

Over the years of her career in the show biz, the actress has peaked at the height of success, with more milestones to achieve in the coming days. But, even today, Elizabeth Perkins, age 61, indeed is a role model to millions for a reason.