Who are Ethan Wayne's Siblings? 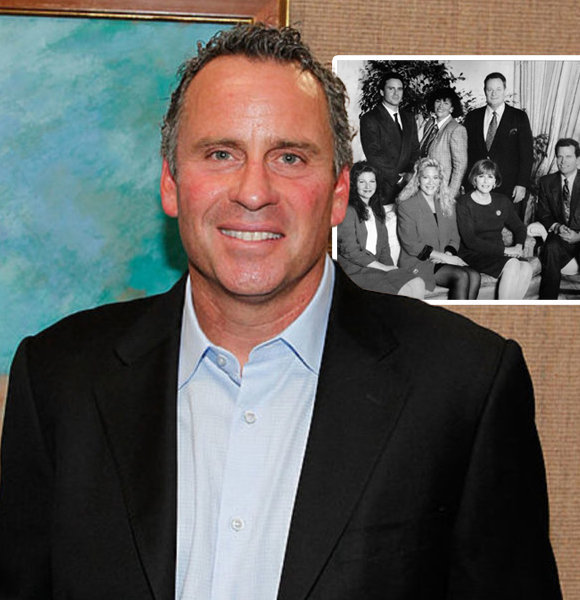 "The Return of The Living Dead" actor Ethan Wayne is a man known for his astounding performances. As a result, he has garnered immense love and attention from people worldwide.

His talents came to recognition and limelight as his father, John Wayne, is one of the legendary actors in Hollywood. Son of this legend grew alongside six of his siblings and his family life as interesting as his intriguing career.

Growing up in an environment filled with cameras, limelight and glamor ignited the spark of acting in Ethan. However, his father, John Wayne, being a legend, did create an impactful presence in his family.

Moreover, John never forced his children into the field of acting; his children themselves paved the direction of their lives.

Ethan has six siblings, where two of them are his biological siblings, his sisters, Aissa Wayne and Marisa Wayne. And the rest four, Patrick Wayne, Michael Wayne, Mary Antonia Wayne, and Melinda Wayne, are his half-siblings.

Ethan's sisters, Aissa and Marisa, have featured in a few projects. However, they didn't let their feet much in the field of acting. Marisa was later involved in philanthropic activities and led a beautiful life with her husband and kids.

Likewise, Aissa has also built a family with her husband and kids. Ethan's half-sibling, Patrick, retired from acting in 1997 after years of devotion.

Michael as well ended his career in 1990. Melinda, however, could not ignite this career and drove into something else.

Sadly, his half-sister, Mary, left the world shocked with her untimely death in 2000. However, all of the brothers and sisters did pave a long pathway and marked their appearances on screens.

Some could make it, and some couldn't. However, the most successful out of the six is Ethan. He kicked start his career at a tender age.

His father stood right beside him when it came to guiding him or filling him up with confidence. John took full responsibility for properly grooming all his children. To this date, his children live up to his reminiscence.

Keep reading about another renowned actor- Is Actor Ryan Breslin Being Overshadowed By His Sister Abigail And Brother Spencer's Fame And Popularity?

Ethan Wayne- Recalling His father with His Siblings

After putting up years of devotion, work, and commitment to their work, the Wayne family finally set aside their hectic schedule and joined in for a family reunion.

The reunion took place during the night of the gala. The five of them joined in a candid conversation and recalled the days they spent with their father.

Ethan, the youngest and four of his brothers and sisters, soon captivated themselves into the sweet aroma of their past. They recalled how their father bought them Christmas presents, took them to different places, and ensured the happiness of each of his children. While joking around, Ethan said how his errors in acting were mostly due to his father. He jokingly said,

"He didn't talk much about acting at home, as seen in my performances."

Setting the jokes apart, they also recalled the last six weeks of their father. On how John still held the situation being so courageous.

Moreover, John's children proudly talk about how their father inspired millions before making his way to the death bed.

Their father might have bid a farewell to the world, but he has made accomplishments, his children are still proud of.