Does Harris Faulkner Have Health Problems in 2022? 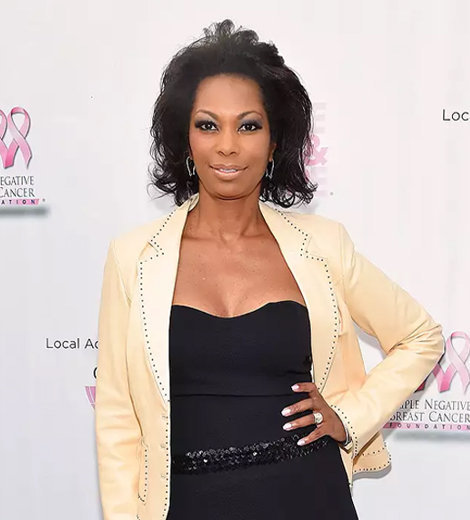 Harris Faulkner has become a household name and face thanks to her striking articulation and on-screen presence on Fox News.

Unfortunately, the television hosts' life has been subjected to a series of illness in recent years. So naturally, this has raised the viewer's concern regarding her health and wellbeing.

Addressing all the concerns, Harris herself is a happy and healthy woman. She has not disclosed having any serious illness as of now. However, she has been face-to-face with grave illnesses in her life through her loved ones.

Being a media person, it's her job to show up in front of the camera with a cheery face and attitude regardless of what goes down in her personal life off the sets.

And so she did. Speculations came up about Harris being sick, and people even wondered- does harris Faulkner have cancer? But the truth is a bit different. Harris is not a cancer patient, and she has been taking care of her health, but it was her mother and aunt who succumbed to the ill fate of cancer.

Faulkner shared the heartbreaking news about her mother getting diagnosed with fourth-stage cancer in 2016. She told Survivor Net that her mother had aggressive tumors on her lungs and kidney.

Despite all the care and medical treatments, her mother could not recover from the illness. As a result, Harris had to bid her mother goodbye right before Thanksgiving in the same year.

Likewise, she lost her aunt in the same year to breast cancer. Faulkner participated in a 39-mile walk to end breast cancer to commemorate her.

The tragic event left her distraught. Her mother passed away due to the illness, but her words and kindness would stick with Harris forever. Even today, she reminisces her mom's generous spirit and kind soul.

On the days when Harris would stay with her to take care of her, she would selflessly tell her to go help others in need instead. "What are you doing here today? How do you know you're not supposed to be out there helping somebody else?" she said,

I need for you to be the child I raised. Go make things better for other people. Go and be a blessing to others.

Those words helped Faulkner make it through the troubling times of the pandemic. Moreover, it entrusted the spirit of kindness and helpfulness to her.

In fact, her mother wasn't the only one in the family who was devoted to acting for the good of others. Her father was retired Lieutenant Colonel Bob Harris, who served the US Army for many years. So the spirit of service was instilled in her from a young age.

However, fate has its ways. Four years after her mother passed away before Thanksgiving, Harris had to bear the news of her father's death on Christmas day.

Although life has thrown Faulkner into these difficult times, she has fought through them and kept her head high. Moreover, she has been focusing on her health and practicing healthy habits such as yoga and exercise.

As a result, you can't even tell that she is a mother of two! Indeed, Harris has two daughters with her husband, reporter Tony Berlin. You can catch her in action on 'The Faulkner Focus' on Fox News.