SNEAK PEEK Into John Waters's Life with His Third Wife 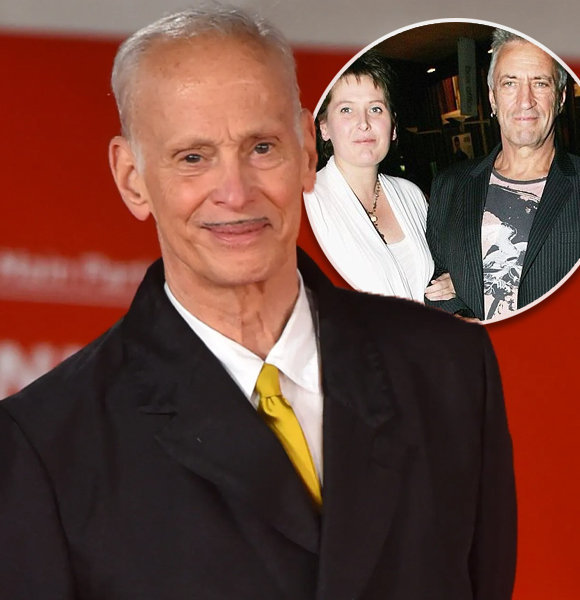 The multi-hyphenate personality John Waters, who has embraced acting and music as his profession gracefully, had a bit of a rocky road when it comes to his personal life.

Married his third wife a couple of decades ago, he had his share of heartbreaks when his previous two marriages came to an end. However, despite the setbacks in his earlier relationships, his companionship with his third wife could not be more perfect.

John Waters and His Third Wife

After a series of failed marriages, little did he know his fate had something promising in store for him when he met his now third wife, Zoe Burton, two decades ago.

Fallen in love, the two tied the knot in January 2002 and became parents to three wonderful kids, son Archie and twins Rusty and Gloria.

Although the age difference between the actor and his now-wife is almost twenty-two years, their fantastic chemistry perfectly wraps up their age gap. Having found a happy relationship later in his life, the actor and his third spouse’s relationship illustrates that age is never a boundary to finding genuine love.

Back in 2014, the actor and his spouse made headlines for selling their stunning Sydney home at an eye-widening value.

The actor sold the Arthur Street home located in Leichhardt in Sydney at an auction for a whopping 1.5 million dollars, which was reported as double the couple initially invested in.

Before making the massive profit-earning sale, the couple had invested in a farmhouse sitting in the Southern Highlands. As of now, John’s residency in the Southern Highland is where the Waters couple resides with their three children.

Talking about his married life would be incomplete without spilling beans on his previous marriages and the divorces.

John first encountered actress Jenny Cullen in 1996 when the two shared the set of the musical Hair. The romance that began at the set flourished into a special bond.

Although marriage was not the priority to the actor, he and Jenny tied the knot after the actress got pregnant with his child.

John became the father of two kids, Ivan and Rebecca, from his marriage with his first spouse. However, their marriage saw its end about which John said ‘is not too great a concern’ because he never thought ‘anything in the past is a failure.’ So the actor made it pretty clear he was not bothered by his first failed marriage.

Moving on from the divorce, John found his second love, Sally Conabere. The two locked eyes in Tokyo at an Australian Film Commission event.

Although John did not intend to have anything serious with her, helpless in love, the two tied the knot eventually.

After twenty years of togetherness, John’s second marriage also ended. But, love found its way again when he met his third wife. Blessed with a happy marriage, he is relishing resounding life with his now-family.

Despite his marriages and past relationships with women, he somehow sank into the pool of gay speculation.

To tell the truth, the actor is definitely not gay and has never addressed his sexuality to be so. But he did once mention that he had many close gay friends.

Also, the confusion regarding his sexuality might have sparked because of another well-celebrated openly gay personality who holds the same name as John.

Yes, John Waters is not the only renowned John Waters in the entertainment industry. What an uncanny coincidence that both happen to be a significant part of the industry!

One John Waters is an American filmmaker, while the John Waters, about whom this article is, is an English-born Australian actor and musician.

The American John Waters is an openly gay man and an avid supporter of the LGBTQIA+ community. So, it is understandable how the Australian John got into gay speculation.