By Bahar Jung Thapa | On: October 08, 2021
Jonathan Capehart's married his husband after being influenced by questions that Barack Obama urged to ask themselves before proposing their soon-to-be spouses 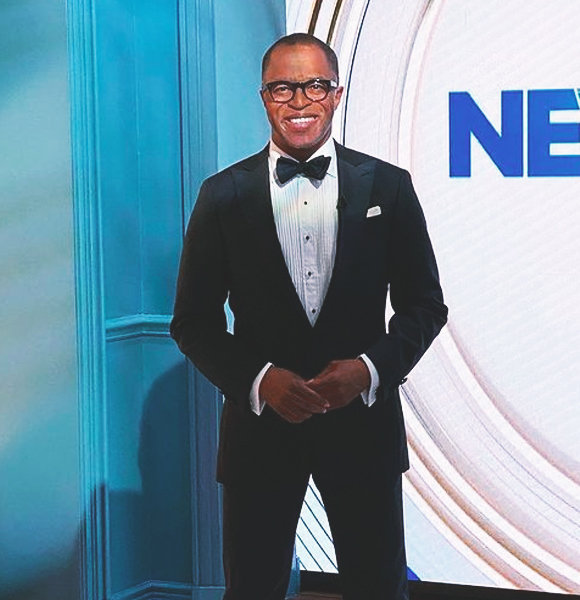 The Pulitzer Prize-winning journalist Jonathan Capehart took to his Instagram to wish his husband on the occasion of their birthday.

The story of Capehart's journey from love life to marriage is quite interesting, and a little-known fact President Barack Obama himself was the spark that ignited this flame.

During his 24th wedding anniversary on October 2016, the former president asked his fellow White House members who were stuck up on proposing to their partners.

As per New York Times, he urged his staff members to ask themself two questions before proposing to their partners. 'Do you love her?' and 'Do you know for a fact that she wants to marry you?'

These were the two very simple questions that deeply touched Capehart.

Capehart revealed how Obama's speech gave him the "push" to propose to his partner of six years at that time. While the question included "her" on the sentence, Jonathan exactly did not have a "her" in his life.

The writer for The Washington Post pushed through and proposed to his then-boyfriend, Nick Schmit, and finally, the two got married on January 7 of 2017.

But this was not the first time Capehart found the courage in his heart to take his relationship a notch further.

On May 2016, Jonathan took Schmit's hand for engagement and thus got engaged.

The pair that were together since 2011 have known each other for a decade now, and Capehart will complete five years of togetherness with his spouse soon on January 7 of 2022.

His fruitful married life is not the only aspect that shines through, as his life is accompanied by his rewarding career as well.

Capehart started his career as a researcher for NBC's The Today Show and progressed to work for the New York Daily News, where he served as a member of its editorial board for seven years.

Working for seven years, after the year 2000, he left Daily News and began working for Bloomberg News only to make his return on the Daily News in 2002 to serve as a deputy editor or editorial page until 2004.

He then started his career as a journalist at The Washington Post in 2007, where he again also served as a member of the editorial board.

Jonathan Capehart, age 54, is also a contributing commentator at MSNBC.

Capehart eventually also evolved his career to a host. He hosts the Cape Up podcast, guest hosts at the WNYC radio show, and recently begun working in the PBS NewsHour from January 2021.

Being such a prominent figure in the journalism and news industry, the 54-year-old certainly has garnered a massive net worth.

As per several sources, the basic pay average of a Washington Post journalist is $162,126 per year, and going by Capehart's experience, he certainly bags much more than that.

As of now, Jonathan still works as a contributing commentator for MSNBC and hosts his radio show named, The Sunday Show With Jonathan Capehart alongside writing for MSNBC.

Earning BA in political science, the American Journalist was deemed successful in his career. As a result, he received the Pulitzer Prize for Editorial Writing in 1999.

Advocate reported that he was the first gay person to host one of the vaunted Sunday morning political talk shows.

As of recently, Capehart is relishing a happy life alongside his now-husband and a cute fur baby in a house that they bought back in 2015.