Is Joshua Johnson Finally Married To His Partner?

By Bahar Jung Thapa | On: October 27, 2021
Joshua Johnson, a gay journalist had given an interview about moving in with his boyfriend, and now 5 years later the question remains if the journalist has started a new chapter with his partner? 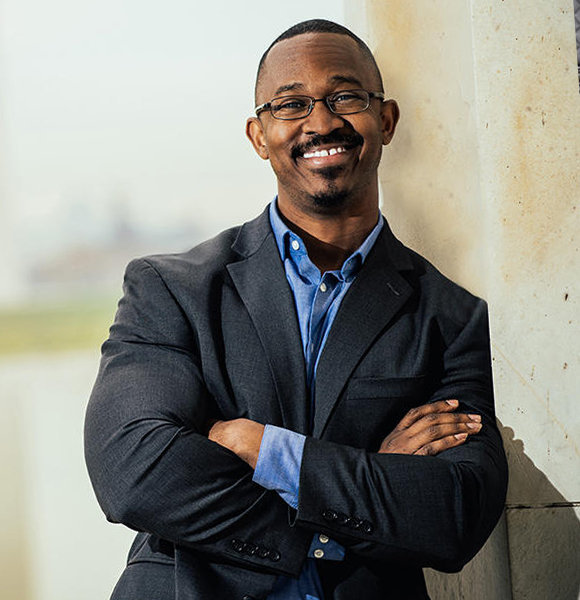 American Journalist Joshua Johnson is a known figure in the journalism industry. However, apart from his role as a journalist, people are always keen to know about his life outside his career and inside his life with his partner.

In an interview with Washington Blade nearly five years ago, he touched on his personal life with his partner and discussed his plans to be together permanently.

The portal mostly asked the 41-year-old journalist questions regarding his professional career. However, they slipped in a question about his partner in between, to which his reply was quite an interesting one.

No, by a partner, we do not mean a girlfriend or a wife. The former host of 1A is actually gay, and yes, he has a boyfriend.

The magazine asked Johnson his stand on his relationship and asked how serious he was with his boyfriend. They also asked if the pair had any plans of moving in together.

This question was followed by a very logical answer by Johnson. He first revealed that his boyfriend, Joe Gallagher, actually owns a barbershop in San Franciso and further added,

"There are some moving parts we’d have to figure out. For now, we’re doing the bicoastal thing. We’ll make it work."

The determination on Johnson's statement to make their relationship work was truly evident and five years from then, coming to 2021, the pair seem to be going strong.

It is unknown if they have made the "next move," as any details of Johnson having a spouse have not surfaced yet.

However, one can only imagine the pair finally moving in together and being in a happy relationship.

After all, "together forever" do exist.

Nurturing his relationship down low, Joshua is pretty vocal about the representation of the LGBTQIA+ community in the media, and he also actively works as an advocate for the matter.

He targeted the LGBTQIA+ community during the event and made sure they were actively involved in the event. He also encouraged  LGBTQIA+ people of color to chime in on his event.

The MSNBC journalist is also a member of The National Lesbian and Gay Journalists Association, where he is one of the many Panelists.

Johnson gets himself actively involved with the MSNBC network during Pride month.

On June 29, 2021, he shared a behind-the-scenes picture from his segment in MSNBC named, The Week with Joshua Johnson, where he hosted a special segment in honor of pride month. He encourages discussions and conversations about the community and how important representation of the LGBTQIA+ community is in this time.

It is due to people like Joshua who actively works for inclusivity and welfare of 'minority,' that gives strength to the needy and voice to the unheard.

Personal Life of Another Journalist: Is American Journalist of Black Ethnicity Tamron Hall is Married? Who is Her Boyfriend or Soon-To-Be-Husband?

Johnson was born on March 22, 1980, in West Palm Beach, Florida. His mother was a public school teacher, and his father was a Vietnam veteran.

He graduated from the University of Miami and started working in public radio.