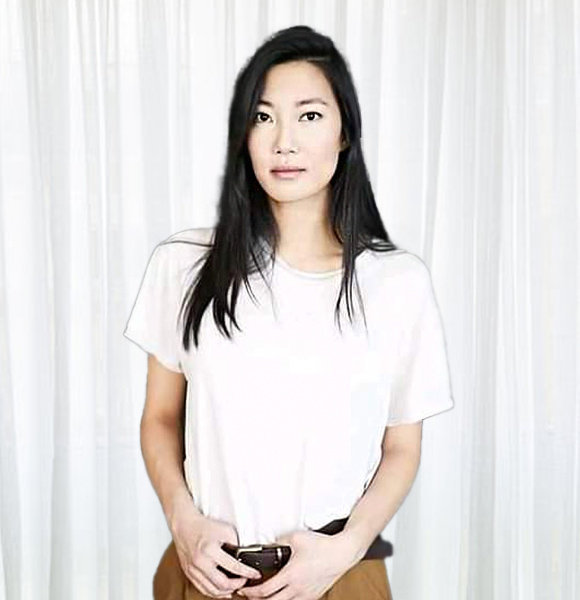 Lily Gao is steadily establishing her name in the showbiz industry and has gained popularity with her appearances in hit films and TV shows.

Despite being in the limelight for over a decade, she has kept her personal details private.

So much so that she hasn't even disclosed her age! But the fans' curiosity is never-ending, and they always want to know more about their favorite star.

All the media attention and publicized information about one's personal life is an intimidating aspect of being a celebrity.

Not all are comfortable with sharing the details about their lives, and privacy is one thing that surely every star celeb longs for.

Lily is one of the few who has managed to keep her personal life under the wraps, including her family life to her age, despite rapidly gaining popularity.

The coming-of-age actress has delivered iconic performances on screen, but her off-screen life lies hidden in the shadows.

However, what we do know is that she was born to a Chinese family, but her nationality is Canadian.

She stands tall at the height of 5'10" and first graced the screen in the 2012 movie 'True Justice.'

Gao truly has a versatile appearance. Her radiant and bold appearance make her eligible to play characters of any age and nature. She has appeared in various roles, but her actual age is not disclosed.

Read more on The Expanse actors: What Is Cara Gee and Her Husband's Life Like After Their Magical Wedding?

A public figure's age is a primary fact that viewers want to know, but it's a commendable fact that Lily has managed to keep it a secret.

Nevertheless, she is still young and thriving in her career.

Her notable works include 'The Handmaid's Tale,' 'The Expanse,' and 'Resident Evil: Welcome to Raccoon City,' among others. Although an exact number has not been declared, she has earned a hefty net worth from her decade-long career.

Professional life aside, she has an equally amazing relationship with her boyfriend in real life. So who's the lucky guy?

Who is Lily Gao's Boyfriend?

The words marriage and husband might not be in the books for Lily right now, but she has found a sweet love with her partner, actor Aaron Poole. While other info about her personal life is in the dark, Lily couldn't help herself from sharing the lovely relationship with Aaron. The two make frequent appearances on each other's Instagram.

Aaron shared an endearing post on March 16, Lily's birthday, and wrote, "Celebrating the miraculous mix of kindness and goofiness and love that is @lilygao1 Happy birthday, my heart!" followed by a string of heart emojis.

Of course, he did not reveal her age in the post. The two have been dating since 2018, and it looks like they're only getting stronger. Lily captioned their anniversary post as,

And it seems like these two love birds have many more anniversary posts to go. Moreover, with both of them coming from the same line of profession, they have great admiration for each other.

"She works her butt off and deserves all the fun and love from playing an iconic hero," Aaron wrote in a post marking her role as Ada Wong in 'Resident Evil.'

A rising career and wonderful man by her side, Lily surely has all the good things in life!