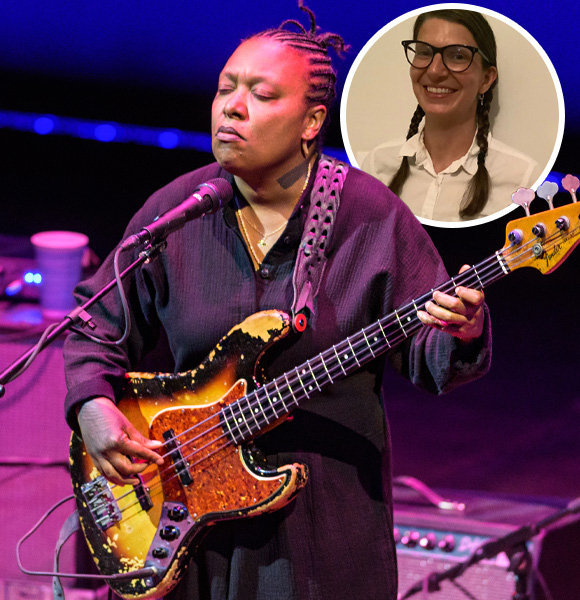 Meshell Ndegeocello is an American singer-songwriter who is German-born and has an amazing musical talent; where she is a master of incorporating jazz, hip hop, reggae, rock, and various other musical genres into her music.

Truly a master at what she does, Meshell has been nominated for eleven Grammy Awards, eventually winning one.

Not only is she widely loved by the masses, but she has also garnered significant critical acclaim.

So in this article, we will look into Meshell's family life. Her wife, children, and more. So, what's the wait? let's jump right in!

Who is Meshell Ndegeocello's Wife?

The German-born singer is openly bisexual, and she is very loud and proud about it. She has been married to her beautiful wife, Alison Riley, for a long time now, as long as over a decade.

The two got married in 2006, so it's been way over a decade. The two have been married for 16 years now, and it is going very strong.

Meshell's wife is also a manager and has written songs lyrics for her supremely talented wife. Alison seems to be very active when it comes to advocating for Lesbian rights. She has worked for Barneys, Sony Music, Crate&Bareel, Gap, and many other known companies.

The two share a son together, and Meshell also has another son from her relationship with her former partner, Rebecca Walker.

She and Rebecca also lasted for a long time, eight years to be exact, and they had a son named Solomon.

Meshelle is a proud mother of her two wonderful children. Her first son was born in 1989, so he is a full-grown adult coming in 2022, while their second son has been reported to be born in 2009 and is a teenager now.

The happy family of four must have a very cheerful life, and lucky are their children to be surrounded by two such strong role models and mothers whom they can look up to and learn a lot from. Meshell Ndegeocello with Her Wife and Their Son (Source Aesthetic Movement)

While life has been no less rewarding for Meshell, dealing with her sexuality hasn't exactly been easy for her.

Have Another Read: Dutchess Lattimore's Life After Split with Fiancee and Baby Daddy Drama

She has shared the struggle of not just being bisexual but being from different sexuality altogether. A quote that she said on the matter reads as,

"It's hard being bisexual, omnisexual, multisexual, whatever you want to call it, when people have their agenda and expect you to just represent their agenda."

Regardless, she is very much proud of it and is open and vocal about her truth and who she is. She takes immense pride in who she is and in her sexuality, and she has been open about it for a long time now.

She came out as bisexual when the world was being more vocal about matters as such, but not as much as it is now.

In an interview with the Los Angeles Times, she quoted, "I'm the ultimate misfit … I'm black. I'm a woman. I'm a bisexual."

Truly, she is one of a kind, a talented musician, a loving mother, and a strong woman, just like all women are!