An Insight Into Michelle Thomas and Malcolm Jamal Warner's Relationship 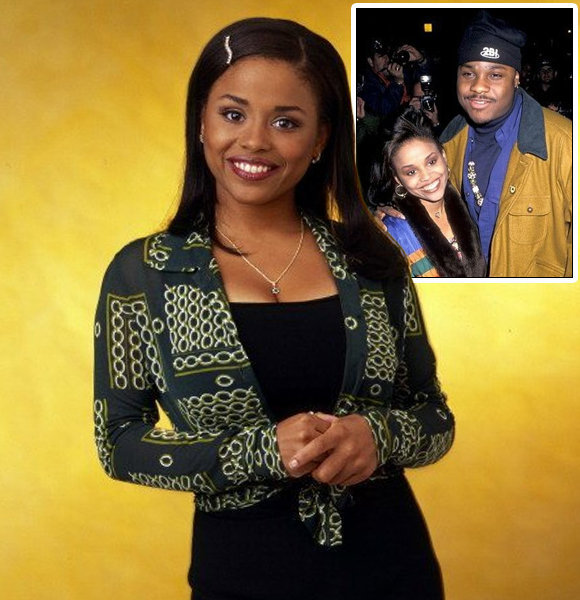 'Dream Date' actress Michelle Thomas was a personality who added shimmer and shine in Hollywood with her mesmerizing performances on screen. Her contributions to the entertainment industry are ineffable yet inexpressible.

Michelle’s colossal career has always been a matter of discussion to her admirers, but they have also shown a huge interest in her life track beyond cameras.

While she left a mark in her audience’s heart with her astounding performances, her admirers also sought interests regarding her relationships, boyfriend, husband, and much more.

She never got married, but she was in a relationship with Malcolm Jamal Warner. Their love story was initiated as an on-screen couple.

Michelle and Malcolm Jamal Warner made their appearance on 'The Cosby Show' as characters Justine and Theo, respectively.

The two appeared as a couple in the series, and it did not take too long for love to spark between them off-cameras.

The couple's on-screen romance did garner immense love and affection from people worldwide.

Moreover, their sizzling chemistry was a vivid reflection of love.

Their audience gasped with excitement and glee when the on-screen sweethearts came forward officially as a couple.

However, their fans would have loved to see them walk down the aisle as husband and wife, but the couple's relationship did not make it that far. After the couple split, Malcolm continued his family life as a husband to his wife, whom he likes to keep away from the media's reach. However, Malcolm's love for his wife sure makes him a doting husband.

On the other hand, prioritizing her career, Michelle remained unmarried. Although her love life halted, her career was on a rapid rise with back-to-back well-received roles on-screen.

But, while she was rocking the entertainment industry with her astounding performances, something unexpected passed her way.

What Happened to Michelle Thomas?

In 1997, she was diagnosed with Intra-abdominal Desmoplastic, a small round cell tumor. It was a lemon-sized tumor that the doctors later removed.

The doctors were pretty confident about Michelle making a full recovery, but things turned another way.

In 1998, she was rushed to the emergency ward when the doctors realized that another cancerous growth had ruptured in her. Again, the doctors called for a sudden surgery. After the completion, Michelle wished to fly home.

So on Thanksgiving, she flew home to spend time with her family. But soon, her health started giving up.

Her ex-boyfriend, Malcolm, whom she was still very close friends with, flew from New York to see her. Sadly, the actress lost her life in Manhattan on December 22, 1998, at age 30.

Although she left the world at a young age, her contributions to several well-received projects are still celebrated by her admirers.

Beginning her career in 1985, the actress blessed her audiences with her stunning portrayals in 'The Cosby Show,' 'The Young & the Restless,' 'Family Matters,' and many more.