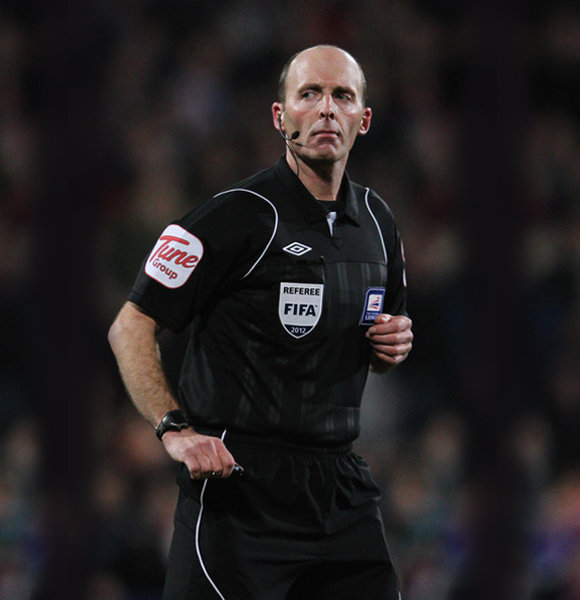 Professional football referee Mike Dean has been a part of officiating the Premier League for a while now.

He started his career as a professional football player and later worked as a referee after retirement.

As glorious as Dean's professional life has been, his personal life is equally amazing. He is surrounded by a very special someone, his wife, and his family.

Mike loves his wife and his daughters very dearly, and although they aren't seen publicly as much as Mike, life surely is amazing for him and his family.

As mentioned above, yes, Mike Dean is married or, let's say, happily married to his wife. He has been married to his beautiful wife Karam, with whom he shares a happy family.

This happy family consists of his two daughters, Zara and Britanny.

Mike, age 53, has been married for a long time now. Although exact details of their marriage or their marriage date are not known, by the looks of it, they have been together for over three decades. He started as a Premier League official in 2000. Since then, he has been a referee in 553 matches. He is at a record high of issuing red cards, totaling 114, which is highest than any other referee.

Both of his daughters are adults now, excelling in their respective fields of work. Moreover, Dean also has a grandson named Harvey.

Another Referee: What Is Herb Dean's Staggering Net Worth & Salary As A Sought-After UFC Referee?

Dean's family, including his grandson, fully supports him as he once shared that his family would be there to watch him in action.

He said, "My wife Karam, eldest daughter Zara and my grandson Harvey will all be there to watch, as will a very good friend of mine, Dave Somers, a former SFA referee who will travel down from Scotland."

Talking about his family's support for him, the football referee further added, "My other daughter Brittany won't be coming as her priority will be watching Tranmere, as always!"

Dean's professional life is no joke, and it has at times affected his family life as well.

Back in 2021, when Dean turned the red card to Tomas Soucek of West Ham, he and his family received death threats from some angry fans.

The situation escalated so far that Dean then asked to be withdrawn from Premier League.

Dean lives with his wife and daughters in Merseyside, North East England.

However, the whole situation died down eventually, but Mike's decision seemed to have stayed the same.

As of very recent, it has been announced that he is very likely to retire at the end of the season, that is 2021/22, as a Premier League referee. However, he will still continue as a full-time VAR official.