The Reason Behind Moira Kelly's Disappearance from The West Wing REVEALED 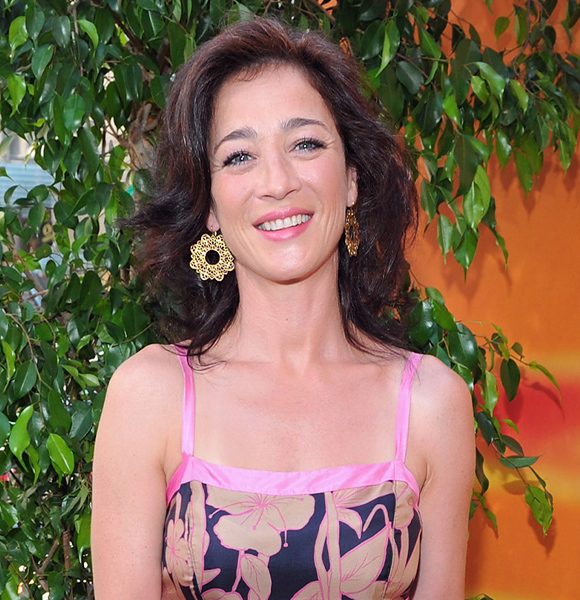 American actress Moira Kelly, already known to the entertainment industry as a well-established actress of her time, blessed her viewers with her brilliant portrayal in the political drama series The West Wing, released in 1999.

While she garnered substantial attention for the iconic role she portrayed in the series, his short-term appearance had many curious about why her appearance was limited to one season only despite her role being well-received by the audience.

Why Did Moira Kelly Leave The West Wing?

The West Wing, an American political drama TV series, gained all the hype after its release on September 22, 1999.

The story plot of the series is mainly set in the West Wing of the White House, which comprises of Oval office and the workplace of senior presidential staffers.

And as illustrated in the series, the timeline revolves around the presidential cabinet of President Josiah Bartlet, a fictional character.

The show starred some of the notable star casts such as Rob Lowe, Moira Kelly, Dule Hill, Allison Janney, only to name a few. Moira Kelly(left) with the cast of The West Wing (Source: Guardian)

Moira played one of the main roles, Mandy Hampton, portrayed as Josh Lyman's ex-girlfriend, who mysteriously disappeared from the show during its first season.

The intriguing story plot of the series, which revolved around the life story of several characters, had the viewers hooked. But one of the intriguing characters is none other than Mandy, a media consultant serving the Bartlet administration played by Moira.

While Moira was able to captivate the audience's attention through the role she portrayed, her surprising and unexplained disappearance from the show after the first season built quite a mystery.

After the completion of season 1, there was no proper explanation for why the character was dropped off from the story plot.

At the time, the audiences widely used 'going to Mandyvile' as a euphemism to refer to cut-off characters, and Moira's character happened to be one of the unexpectedly dropped-off characters fitting the euphemism.

However, to tame the curiosity of confused viewers, the show's executive producer, Aaron Sorkin, elaborated on the matter, saying, 'By mutual agreement we let Moira Kelly go after the first season.'

He also admitted that because he failed to progress her character, the show had to let go of the 'tremendous actress' Moira.

Although Moira could not appear in the rest of the seasons of the series, her portrayal in the first season alone remained with her admirers for a long time.

Well, The West Wing is not the only show that screams of her brilliant acting ability, but her numerous other works, including The Cutting Edge, One Tree Hill, The Lion King, and many more.

Moira, a daughter of Irish immigrants, gave fruition to her Hollywood dream in 1991 when she made her debut with her role in Love, Lies and Murder.

Just a few films later, she appeared in the sports romantic comedy film The Cutting Edge, where she portrayed Kate Moseley. Moira Kelly from a scene in One Tree Hill (Source: Pinterest)

After her memorable illustration in the movie, she blessed her admirers with another memorable portrayal appearing in Chaplin. In the biographical film Chaplin the actress starred opposite the Hollywood megastar Robert Downey Jr.

As more significant roles began rolling in, the actress later explored her directing skills when directing two episodes of the TV series One Tree Hill in 2006.

Moreover, her estimated net worth valued at 2 million dollars as of 2021, per the report of CelebrityNetWorth, speaks volumes of her success in the entertainment industry.