Park So-dam Reveals The Details Of Her Heartbreak 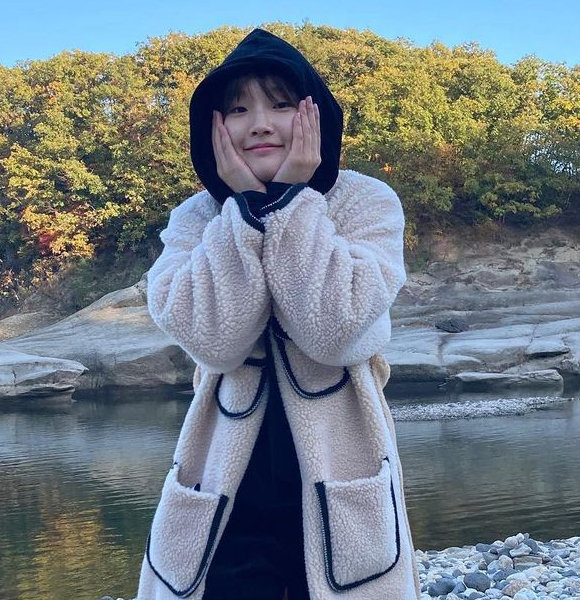 "After talking for a while, we ended a date. After dating, he told me he didn't want to see me anymore." In a series of revelations about her love life, South Korean star Park So-dam shared heartbreaking details of her love life.

Well... to break the dramatics of the story, it was a childhood romance, so the guy probably wasn't her future husband.

While there could have been a possibility, for So-dam, all of it is a good memory.

Park So-dam made a guest appearance on the 'Gamsung Camping' TV show, where she shared her love story with the masses.

The time was middle school, and as every kid of that time, growing up watching romantic movies, it does leave an impact on one's mind.

For So-dam, it happened with a guy from her school. She revealed that she did not know his name and had named him, 'school uniform guy' as he looked "amazing" with the school uniform.

Eventually, the two ended up dating for the first time, and after dating, the guy told her that he did not want to see her anymore. She said,

“When asked why, he said, he planned to go to a foreign language high school, so he wanted to focus on his studies. But you know what? He failed to go to one.”

But she could not get over him and asked him multiple times over the course of two years to go out again. Then, the cries happened, and the thought of "there is no one else expect him" followed.

Another South Korean Actress: Is Park Shin-hye Still Dating Her Actor Boyfriend? Reveals Her Weight Loss To Everybody

As any childhood heartbreak, Park So-dam eventually got over it, and well who knew in the future the schoolgirl that cried over a guy that 'dumped' her would now be the girl of dreams for many.

The Cinderella with Four Knights actress is now a real-life Cinderella and heartthrob for millions out there. Being such a talented actress and having grace and stunning features lands Park So-dam's personal relationship to be closely watched.

So-dam was rumored to be dating a south Korean actor, Park Bo-gum, during the time they were shooting for their drama, Records of Youth.

After wrapping up the shoot, the two were spotted together and were captured holding hands for a brief moment. The video was shared on YouTube and instantly spread like wildfire as fans seemed to love the two being together. However, no official confirmation surfaced in the media by either of the parties.

But oh, how cute they would be if they actually were together!

Dating Life Of Another Actress: Is Park Shin-hye Still Dating Her Actor Boyfriend? Reveals Her Weight Loss To Everybody

This is, however, not the end to dating rumors for the 30-year-old.

She was speculated to have a close relationship with her costar in Parasite, Choi Woo-sik. This speculation started to surface after the actress replied on a post that Woo-sik made appreciating her.

To which the actress replied,

"Good luck Oppa, do your best."

"Oppa," this word was enough to make people base their speculations on the two being together. However, the two never gave confirmations for any news, and it slowly died down.

Further, Jung Il-woo and Park So-dam's relationship was also highlighted once, as the two starred together in the drama Cinderella with Four Knights as main leads.

The chemistry between the two seemed so special that the netizens thought they were actually together outside their reel-life. However, it might break a few hearts after finding that 'the ship has sailed' well, there was no ship to begin with as it was just a rumor.

Moving on from her dating life, So-dam's career in South Korea is huge and successful, to say the least, and it has landed her on successful movies.

As of 2020, she was seen in the movies Fukuoka and Special Cargo which became successful as well.