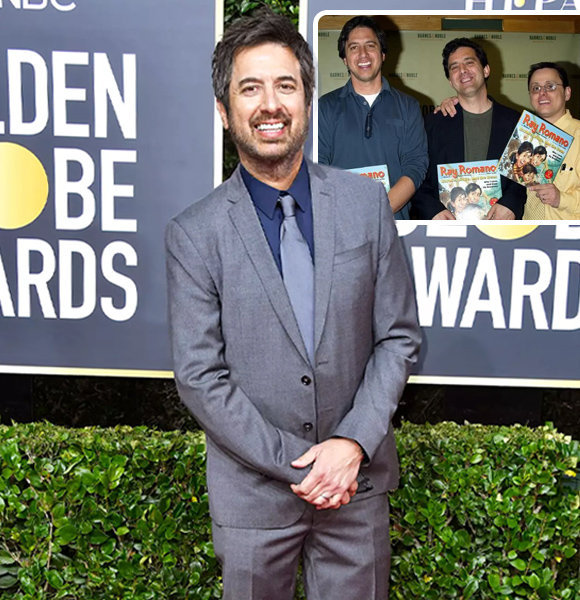 American stand-up comedian Ray Romano is an Emmy Award-winning personality for his role in 'Everybody Loves Raymond.'

The comedian is most notable for his humor and on-point comedic brilliance.

While his professional life is out and opens to the world, not many seem to know about his personal life, such as his parents, brother, and more.

Who Is Ray Romano's Brother?

On December 21, 1957, Ray Romano was born in New York City, United States. Romano is the second son of his mother, Luciana, and father, Albert Romano.

Italian descendent Romano's father was a real estate agent and engineer, and his mother was a piano teacher.

He grew up in Forest Hills along with his two siblings. He has two brothers; he has an older sibling named Richard Romero and a younger sibling Robert Romero.

His older sibling is also an actor, but Richard is also a 20 year veteran of NYPD. His actor brother also holds titles such as screenwriter, assistant director, producer, and assistant editor.

While Ray and Richard are associated closely with the industry, Robert seems to have taken a different approach in his career.

Robert is a second-grade teacher in New York. The three brothers also wrote a book together. The book is titled 'Raymie, Dickie, and the Bean: Why I Love and Hate My Brothers.' Just so you know, Ray is Raymie in the picture book, Richard is Dickie and Robert is Bean.

Talking about the book, the three also shared much about their childhood.

Richard and Robert, who don't have much age difference, used to sleep in the same room.

"We slept in a tiny box of a room," Robert said while further adding, "I believe that he has a closet now that is bigger than the room we slept in growing up."

Richard and Ray are 18 months apart, and growing up, Richard revealed how they used to wrestle a lot and were competitive.

He shared, "We never had fistfights... but we wrestled a lot."

Sharing his excitement about publishing the children's books, encapsulating his childhood memories with his brothers, he remarked, "I was jumping up and down. Because I work with kids, a children's book is something I had thought of forever."

There is surely a very strong and pure bond between the Romano siblings that keep them tight-knitted and close. And, their closeness does reflect through their relationship even to this day.

The siblings are still very close to each other, and Ray sure is lucky to have such amazing siblings with whom he has so many memories from childhood to look back to and cherish.

Besides his resounding family bond, he has his massively successful career to look back to as well.

Starting his acting career in 1989, the actor is still going strong with his on-screen presence, which thousand of his fans celebrate.

Out of his dozens of on-screen portrayals, his most recent once happens to be in 'Get Shorty,' and 'Made for Love.'