Does Hawkeye Actor Tony Dalton Have a Wife? 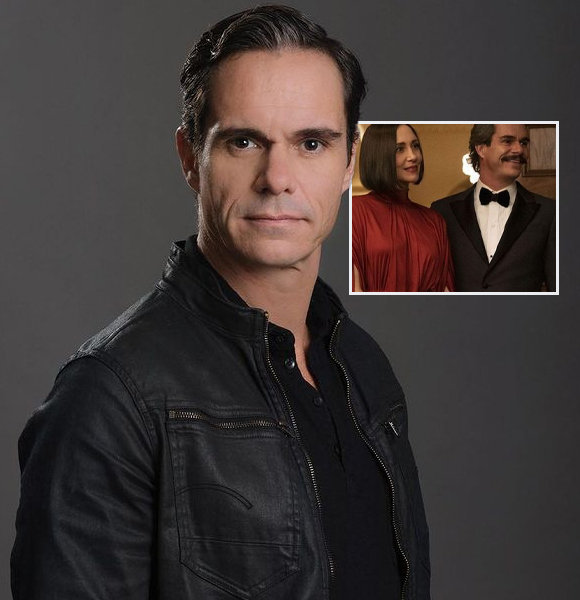 Marvel's 'Hawkeye' fame Tony Dalton is undoubtedly one charming man. An actor and a producer alongside many other professional spheres, he surely has one too many arrows in his quiver.

But apart from his class acting skills, his personal life is the one that garners a significant amount of eyes and ears. From people wanting to know about his wife to his dating life, Dalton is surrounded by questions as such.

Although with no luck, his fans have been lurking everywhere to find the right answer to his mystery, we might be finally able to be of some help.

Tony Dalton Has a Wife?

His performances sure do raise massive attention as it is simply amazing, but at 46 years of age, someone as charming as he has never had a special someone in his life; well, even if there was, it never came forward.

But we might just have found something that does clear out this massive fog regarding his love life. In an article posted by News Day, it shares an edited version interview with the 'Better Call Saul' actor.

However, the interviewer did give confirmation to his love life before diving further into the nitty-gritty.

Prior to the interview, the writer revealed how the actor was having a barbecue during lockdown with his girlfriend before they started chatting.

This means Dalton did have a girlfriend in his life then, and as low-key he is about his personal life, there could be a possibility that he would have a wife by now and have not told anyone.

Specualtions aside, Dalton does not seem to have a wife as of now, and neither was he married before. But what was covered in the news was his past relationship with his ex-girlfriend, Maria Elisa Camargo.

The Mexican actor is famous for his role in 'Better Call Saul' in the role of Lalo Salamanca. As much as he is famous in the States, he is famous ten folds more in Mexico.

Whether it's his terrific and rough and tough performances or just his simplistic personality, his notability is befitting to his knack of craft. Tony Dalton With His On-Screen To Be Wife In Hawkeye, Vera Farmiga (Source - Hollywood Reporter)

Therefore, he was always a famous personality, and his past relationship had its fair share of coverage. He was in a relationship with Maria for a while before separating in 2012.

Although what led to the demise of the love is still a mystery, the two did share the same screen space in 'Wild Flower.'

Recently in 2021, when sharing about an amusing moment from the sets of 'Wild Flower', she said,

"A giant fit of laughter that left us standing on set for almost an hour with Gregorio Pernía and Tony Dalton."

So, it is a no-brainer to understand that despite their breakup that happened almost a decade ago, Maria still has no problem bringing up Tony's name in interviews, which can only mean that the two are on good terms with each other now.

Dalton, as charismatic he is, he successfully mesmerizes everyone that lays their eye upon him. So, it is not a far-fetched assumption that millions out there want to marry him and be called his wife.

Keep Reading: Does Diego Boneta Really Have A Mexican Girlfriend Or Did The Dating Affair Never Started?

But when will it happen and who will be is wife still seems to be a question that will not have any answers soon. It surely will keep us curious and hooked to every little thing that this 46-year-old  'Hawkeye' actor does.

The American-born Mexican actor/screenwriter and producer has recently been nominated for 'Screen Actors Guild Awards' under the category of Outstanding Performance by an Ensemble in a Drama Series for his work in 'Better Call Saul.'