By Bahar Jung Thapa | On: November 08, 2021
Zach Choi's 'gram posts suggest that he has a girlfriend but it seems like he wants to make the girl his wife before revealing her identity 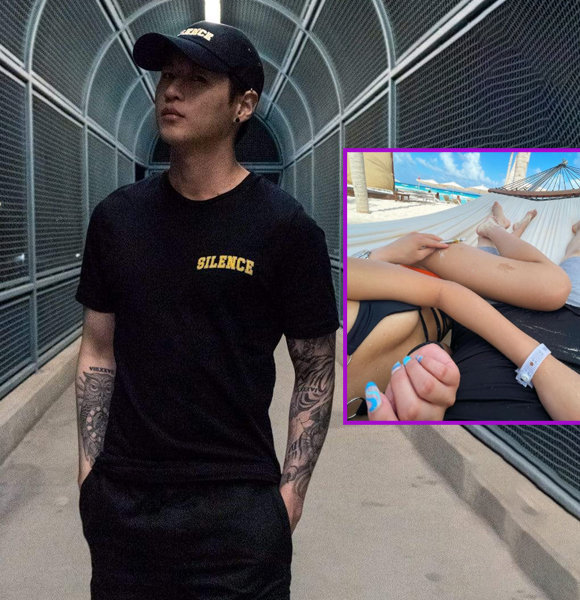 "Til' next time..." These few words posted on popular mukbanger Zach Choi's Instagram post from a few months ago broke many hearts when he posted a picture sunbathing with a girl on the beach. Choi, who is a heartthrob for many, was the reason for a lot of heartbreaks that day, and well... his fans are still not over it to this day.

Well, it is no doubt that Choi has found 'the one' for him and has been spending time with her. However, the YouTuber has kept the details of the girl a secret.

No! we checked it; he hasn't tagged the woman, sadly.

Its been almost 6 months since the announcement, and people to this day still try to scour the Internet for the find of the mysterious woman.

However, we may have a speculation as to who the girl might be.

Back in early 2020, Choi was involved with another woman. In a new YouTube video announcement posted by Choi, he did mukbang with a woman named Alex.

He had captioned the announcement, "Burger King With Bae."

Another YouTuber Reacting To Zach Choi And Alex's Video

Apart from this, Choi also made another video with his potential girlfriend eating spicy fire noodles.

So, could Alex be the woman from the picture?

As all the pictures that Choi posted with Alex have since been deleted, the identity of the woman still remains unknown.

Guess Choi plans on only revealing the special someone in his life after he decides to wife her up.

Although Choi has a girlfriend, his fans often assume the YouTuber to be gay, but that is not the case, and it is quite evident through his dating life.

Despite living a low-key life relationship-wise, Choi lives quite an open luxurious lifestyle on social media, all of which is backed out by his massive earning from YouTube and brand endorsements.

Choi started his YouTube journey in early 2018, and since then, he has garnered over 13.1 million subscriber base in his official YouTube channel.

Choi is regarded as one of the most prominent faces in the mukbang community, as a result of which he gets brand deals and sponsorships from high-end brands.

His YouTube videos average a view of over 5 million every time he posts. Choi has a unique way of introducing mukbang to his content.

He makes his own food on his YouTube channel, which is well entertained by top-notch cinematography. Every part of Choi's video is mouth-watering for the buds and extremely satisfying for the eyes to see.

Combining these two elements together, Choi brought a whole new different side of Mukbang for which he is loved and respected.

Zach's creativity and hard work have earned him a position as one of the top YouTubers of the age, and it is no wonder that he has successfully accumulated a net worth of millions over time.

Who Is Zach Choi?

Born on August 27, 1986, Zach is 35 years of age as of 2021. He is originally South Korean, but over time he has catered to the western audience and is now a famous face in Hollywood as well.

He was born in Seoul but later moved to Los Angeles, California.

Choi has worked alongside other famous mukbangers such as; Trisha Paytas, Nikocado Avocado, and Stephanie Choo. Likewise, he has also worked with famous faces such as Benny Blanco, Marshmello, etc.