By LRU Writer | On: February 01, 2018
Jabari Bird With Alluring Career Stats; Boosts High With New Contract! Boston Celtics' basketball player, Jabari Bird, is also heading toward the same goal and has recently signed a new contract too. Well, this article will address the road of player Jabari Bird from the college basketball player to professional player. Further, it aims to shed light on his personal life. So, keep on reading for the full details! 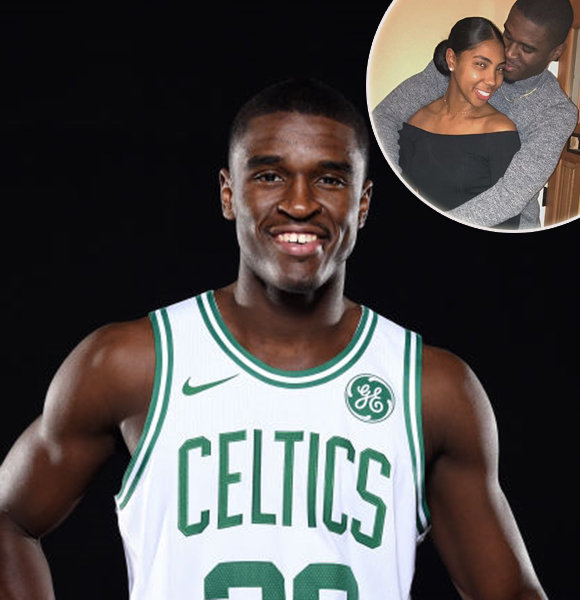 Every player has a desire to grow more in their career and represent major teams in the sports world. Boston Celtics' basketball player, Jabari Bird, is also heading toward the same goal and has recently signed a new contract as a part of the journey.

Well, this article will address the road of player Jabari Bird from the college basketball player to professional player along with some light on his personal life.

So let's dive in!

On September 2017, Jabari Bird signed to a two-way contract with the Boston Celtics. NBA debuted two-way contract for the first time in the summer of 2017, and Jabari was one of the early players to sign such kind of contract.

According to his two-way contract, he can spend up to 45 days on an NBA roster while earning a pro-rated league salary. Further, the contract states that Bird will be splitting the time between the Celtics and their G-League affiliate, the Maine Red Claws.

Bird's impressive stat in the 2017-18 season on the sports charts can provide a glimpse of his amazing talent.

Bird began his professional career in 2017 after his senior year at University of California. Bird was the 56th pick in the 2nd round of NBA draft and was selected by the Boston Celtics.

As of now, Jabari Bird is reportedly dating his girlfriend, Kelli Hayes, and the couple gives a glimpse of their romantic union via social networking sites.

Jabari Bird celebrated the day dedicated to love, Valentine's Day with his girlfriend, Hayes and even shared a post back on February 14, 2017, where the duo was seen cuddling with each other.

Jabari's romance further shared another couple image on the occasion of "National Girlfriend Day" back on August 2, 2017.

Bird is not the only one coloring Instagram with romantic images, as his girlfriend Hayes does flaunt thier romance as well.

Moreover, Hayes, on the occasion of Christmas 2016, shared a cute picture with Bird with a caption filled with love:

Bird, who recently boosted his career with a new contract, is now enjoying the love, and as it seems, the player is taking both career and love hand-in-hand!

Born to the parents, Carl and Tonya Bird on July 3, 1994, Jabari Bird started his career from Salesian High School. He hails from the family of athletes, and his father Carl was a Golden Bears star.

Walking on his father's path, Jabari Bird excelled in high school basketball where he led the Pride to an overall 100-8 record in his three years on the team. His excellent performance earned him the name of McDonald’s All-American in high school and No. 20 overall recruit in the 2013 class.

Furthermore, Bird, who stands at the height of 6'6" (198 cm), played college basketball for the University of California, Berkeley. He continued his excellence in performance as he averaged 14.3 points and 4.7 rebounds per game in his college basketball.