By LRU Writer | On: December 03, 2019
Stefon Diggs career stats along with the economic prosperity that the NFL...udging by his contract with Vikings in 2018...He attended college at the University Of...Stefon Diggs's daughter and ex-girlfriend... the NFL icon is guaranteed a salary of.. 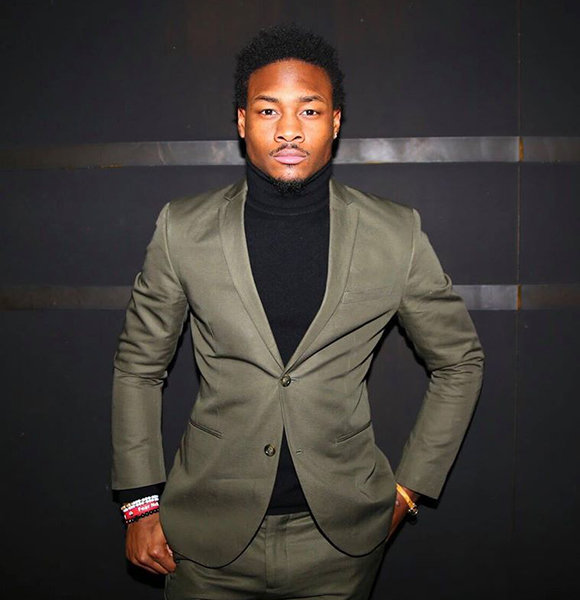 NFL player Stefon Diggs is the wide receiver of Minnesota Vikings. He is responsible for some historic win for the team, including his game against the Saints on 15th January 2018, where he scored the game-winning touchdown.

Furthermore, he has been progressing financially along with more significant feat on the field. So, let's take an in-depth look at his career stats along with the economic prosperity that the NFL has bought him.

Ever since Minnesota Vikings first drafted Stefon in 2015, he has been earning impressive figures. Judging by his contract with Vikings in 2018, he has received substantial raise for the upcoming seasons.

Salary of Stefon Diggs as per his contract with Minnesota Vikings from 2019 to 2023 (Photo: spotrac.com)

Moreover, he will be receiving an incentive of $ 9 million while earning $31,250 per game. So, there's no denying that his net worth will show figures in million once it's verified.

His financial worth doesn't come as a surprise considering his performance in the NFL. Ever since his rookie year in 2016, he secured the fifth rank as the NFL wide receivers with a 75 percent catch rate.

However, during the athletes game against Seattle Seahawks on 2nd December 2019, he almost lost the game along with complications in his health after he reportedly suffered an injury.

Thankfully, the game ended in a tie of 17-17, and information came into light that Stefon was doing fine and hasn't suffered any significant injury.

As of today, Stefon isn't a married man, but he has already stepped towards parenthood. Along with his ex-girlfriend Tyler Marie, he shares a daughter who was born in 2016.

Although the two broke off following the birth of their daughter, there were speculation in 2018 about their reconciliation. After all, his ex was spotted along with his daughter, spectating his season-opening game on 9th September that year. Stefon Diggs's daughter and ex-girlfriend Tyler Marie as pictured together on 2018 (Photo: sportsgossip.com)

But the rumors turned out to be untrue as in 2019 the footballer started dating actress Tae Heckard. However, his relationship with Tae was very shortlived as the two separated by September the same year.

As per barstoolsports.com, Stefon was the one who broke off as he reportedly wanted to keep his options open during the 2019 Season.