By LRU Writer | On: December 03, 2019
Xavier Rhodes is one of the best football players in the Minnesota Vikings roster...has played for them from 2013...injury has recently plagued his career...has excellent stats playing for the Vikings...signed a contract extension with the Vikings in 2017...earns a massive salary under his current contract...has a huge net worth because of his playing career...his height and college information is...is also picked in the NFL fantasy league game...jersey can e found in online stores... 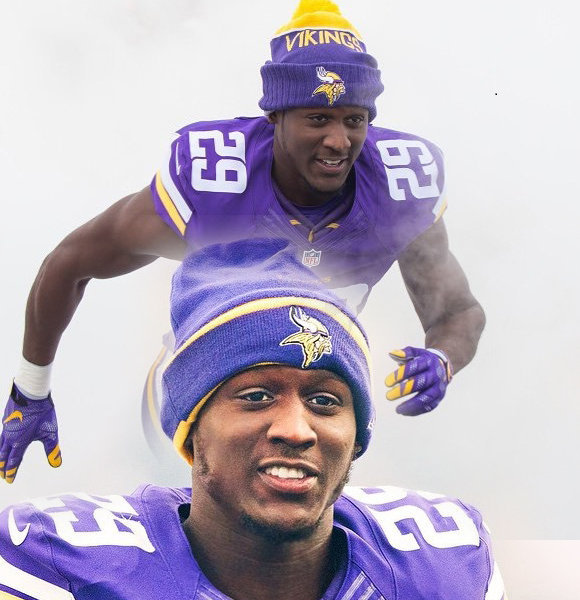 Xavier Rhodes is a football cornerback playing for the NFL's Minnesota Vikings. He has been with the Vikings for seven years now, after being drafted in the 2013 NFL Draft.

The cornerback has been one of the most important players for the Vikings, shown by his contract extension in 2017. Moreover, Xavier also has an excellent injury record, missing only seven regular-season games in his seven years with the Vikings.

However, the athlete couldn't give his best performance against the Seattle Seahawks (Week 13 of the 2019-20 NFL season) due to a back injury he contracted during the match. Although he walked to the sidelines in the first quarter, he returned to the game for the second one.

Despite such efforts, his team ended up being the losing side.

Xavier has had a great career in the NFL during his time with the Minnesota Vikings. Playing in defense of the Vikings, Xavier has appeared for a total of 101 times for them, among which 94 are appearances as a starter. He has excellent defensive interceptions and fumbles stats. He has a career total of 10 pass intercepts on defense, and the yards interceptions were returned is 159.

In addition to that, he also has great tackle statistics. Xavier has made 356 combined tackles and 302 solo tackles, and also boasts 54 assists on tackles during his career.

Xavier is a player in demand, and the Vikings made sure they tied down one of their main players in 2017. He signed a five-year, $70,100,000 contract extension with them in June 2017. This contract earns him a yearly salary of around $10 million, although the amount varies each year according to cap value addition.

Before his contract extension, he was on an entry-level/rookie contract for four years, which earned him $7,806,502 in total.

Among these yearly salaries is a workout bonus of $100,000 that Xavier has received since 2017.