Is James Maslow Married? Moved On From Former Dating Affair Like Ex-Girlfriend Did? 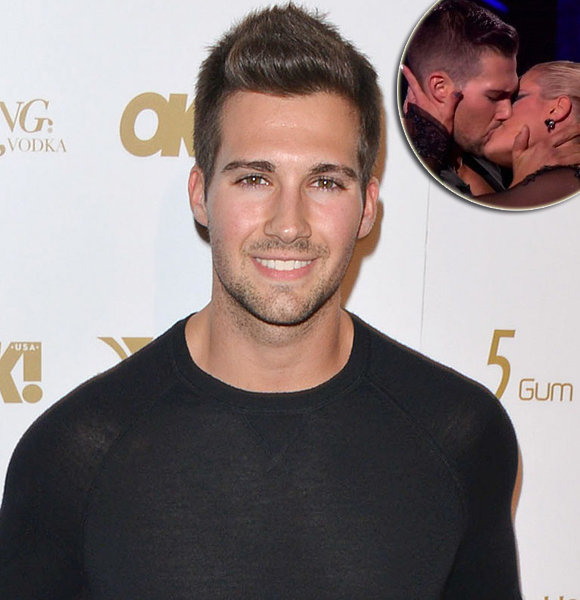 Big Time Rush star James David Maslow has come to fame recently because of his amazing relationship with his model girlfriend.

So, the million dollar question is,

Who is James Maslow's Girlfriend?

The details about how the couple met and started their relationship are under the wraps, but they do not shy away from showing their love and support for each other on their social media.

Read About: Who Is Andre 3000 Dating Now? Know About His Son, Girlfriend, Net Worth & More

Following their three years anniversary Caitlin shared an adorable picture of them together holding glasses of wine, captioning,

"Here’s to 3 years of love, life, and matching outfits  #israel thanks for hosting us and showing us your beauty. . #untilnexttime #3yearanniversary #cheerstolove #cheerstolife #shalom."

Adding to the romance, the star constantly shows support towards his girlfriend. Uploading an adorable picture together, he stated,

"Missing this one right now. V proud of you bebe for following your dreams and working but also super excited for you to come home. Love you even more than you love donuts. Swipe to the end for the greatest photo I’ve ever taken  #girlfriend #love #travel #imamodel."

32 years old, Maslow participated in the eighteenth season of Dancing with the Stars, where he formerly fell in love with the professional dancer Peta Murgatroyd.

Prior to making an appearance in the reality dance show, James was reportedly dating former partner, Peta Murgatroyd in February 2016.

A source revealed that they started dating after meeting each other through friends.

“He’s (James) super busy rehearsing for his Big Time Rush tour, which kicks off today [Feb. 6], and she’s (Peta) gearing up for the next season of DWTS. They’re both really busy, but they enjoy each other’s company.”

When the rumors about James’ affair with Peta were swirling, he revealed that he wasn’t single in an interview with Glamour back in April 2014. In the interview, when he was asked about his current relationship status, he replied-

“I'm dating, but I'm so busy that it's hard to find a lot of time for it. So I'm single. I think there's a difference between dating and being in a relationship with someone. You can date a lot until you find the person you want to create a relationship with, but it needs to be a clear distinction. So at this point, I'm just dating.”

Later in May, James and Peta’s romance got quite confirmed during Monday night's live Dancing With The Stars performance, when the former couple shared a kiss on stage. Their kiss, which was fuel to the fire, was later revealed to be a choreographed move.

James suggested the kiss during their rehearsals as the finishing touch.

After the completion of the show, James and Peta didn’t see or hear from each other again.

Peta is now enjoying a blissful life with her partner Choreographer Maksim Chmerkovskiy and their son, who was born on January 4, 2018.