Is John Early Married As an Openly Gay Man? Has Any Dating Affair to Share? 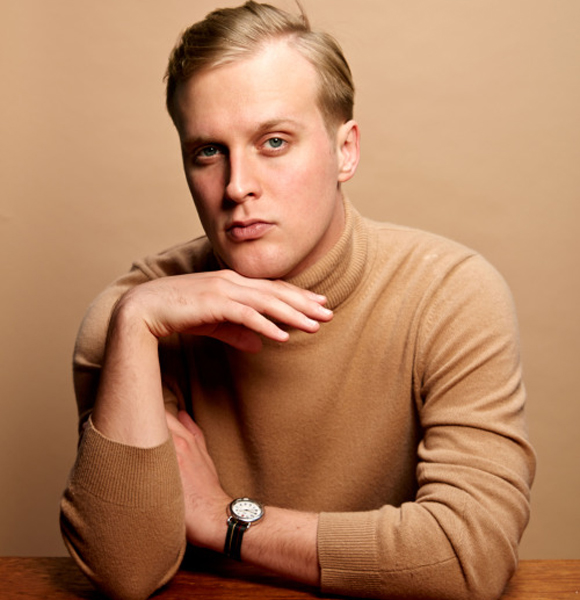 With a big fan following, the fandom is well curious about American comedian John Early's romantic life and his ongoing public assumptions, which tag him as a gay man.

It’s one’s right to control privacy in their personal life, and everyone should respect that. But when a public face does that, people get even more eager to know about the hidden truths.

Moreover, the privacy they maintain initiates the rise of various speculations, and in the case of personal life, the assumptions are made usually regarding their sexuality.

The same goes in the case of John Early, who remains adamant when revealing information about his personal life, which only increases the speculations regarding his love life even more.

But does the American comedian has some hidden truths to fend off those speculations? Does he have a special someone? Let's find out.

Is John Early Gay? Is He Married?

The comedian John gets hold of people's hearts by making them cry out of laughter. Undoubtedly he has cemented a firm place in the mind and hearts of people. But who is the one cemented in his heart?

The 29 years old is openly gay, but he often jokes around Twitter about his dating experiences and girlfriend.

But what about John’s actual relationships? So far, John has neither talked openly about his past relationships nor been spotted with anyone.

The possibility can't be ignored that this comedian might be dating someone and is just keeping the affairs out of the limelight.

As of now, John is single, and it seems he is not planning to get into a relationship and get married.

But hopefully, this comedian finds the love of his life and shares the details with us.

Stay with us to avoid missing any emerging details on John!

Get to know - All about Omar Epps's Spouse, Kids, Net Worth & More

Tennessee native comedian has done his shows all over the US. Being an openly gay man himself, the theme of his performance is often “gay sex.”

In the conversation with his co-partner Hamm Samwich during a show in 2016 at The Bellhouse in Brooklyn, he said,

“I was doing jokes about being gay, as a lot of my jokes are… and it was received with, like, utter disdain and discomfort. And it infuriated me.”

Moreover, in the show, he talked about the show about the gay sex and made 400 people laugh out loud and burst into tears.

In 2016, he wrote, produced, and starred in the 30-minute episode 'Netflix Presents: The Characters.'

John Early has written, produced, and starred in 'Netflix Presents: The Characters'

As of now, we like to wish John immense success in the near future!

Along with all this, stay with us for more emerging updates regarding the star's ongoing rising career and dating life.