Lee Pace's Secretive Love Life- Who Is His Partner? 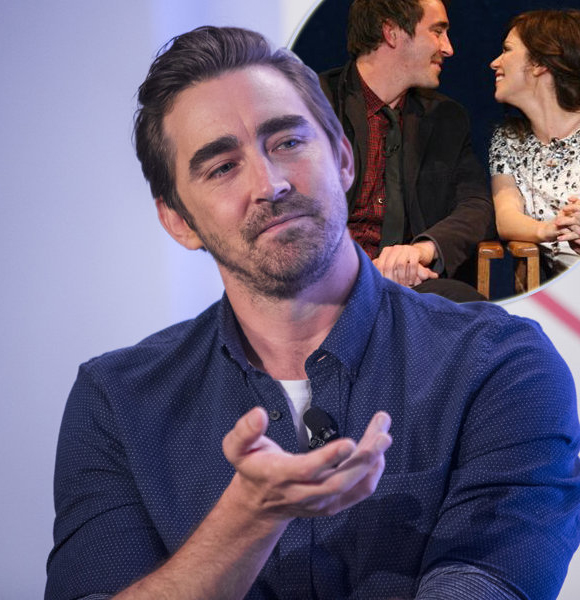 Widely famous for his role in ‘The Hobbit’ as Thranduil, American actor Lee Pace’s love life has been under speculation for quite a long time.

Ever since he came out as a part of the LGBTQIA+ community in 2018, he has been rumored to have been leading secretive love life with his partner. But, his recent interview with The Cut might reveal something exciting.

Who Is Lee Pace’s Partner?

Lee spoke to The Cut in 2021, talking about his professional and personal life. But, as a quite private person, he was hesitant to talk about his love life or address his rumored partner.

Ever since his appearance at Met Gala, donning a suit-short combo by Thom Browne on the red carpet, the American actor became the talk of the town for his stunning look.

While at the same time, his love life again grabbed significant attention, spurring out his relationship rumors with his supposed partner, Matthew Foley, exec of Thom Browne.

Although now the fact is out in the open that Lee and his rumored partner have been way ahead in their romantic relationship, Lee likes to keep his lip sealed when addressing his love life.

Get to know - Daniel Ezra's Dating Speculations- Has a Girlfriend?

Even their Instagram accounts give sufficient evidence of the fact that Matthew is his boyfriend. The pair are seen tagging each other on their socials with posts subtly dedicated to each other.

On that note, Matthew uploaded Lee’s pictures on his ‘gram in 2019 with the caption, “moments before cat attack.”

Responding to the ‘gram post, a well-wisher commented, “Love you and Lee together,” while another comment read, “ur boyfriend is pretty.” Regardless of the couple’s secretive love life, there is no hiding from their eagle-eyed fanbase, who assume their relationship came to fruition in 2018.

Coming back to Lee’s interview with The Cut, the interviewer inquired the ‘Halt and Catch Fire’ star about his relationship with his partner, Matthew.

Pinpointing that Lee had a gold ring on the engagement finger of his left hand, the interviewer asked about it.

But, Lee pretentiously acted surprised and funnily responded, “What? No! How did that get there? Gus[Lee’s dog], do you know anything about that?”

It was in 2018 that the actor addressed the question of his sexuality with W Magazine, saying,

While many tag him as bisexual, the actor does not want to label himself.

By now, we have figured out that the American actor takes his privacy very seriously and wants the media to focus on his astounding career rather than on his personal life.

Moreover, several years ago, Lee had spoken to BuzzFeed about his low-key lifestyle, saying, “Who cares about people’s personal lives? I mean, honestly. How are you then able to disappear into a role? Trust me, if I had something interesting to say about myself, I would.”

Nonetheless, all the evidence suggests that Lee and his partner are still together, but the gold ring on his finger might as well suggest Matthew is now his husband. But, nothing can be said unless the pair open up about their relationship.

Stay tuned to get more updates on Lee Pace.