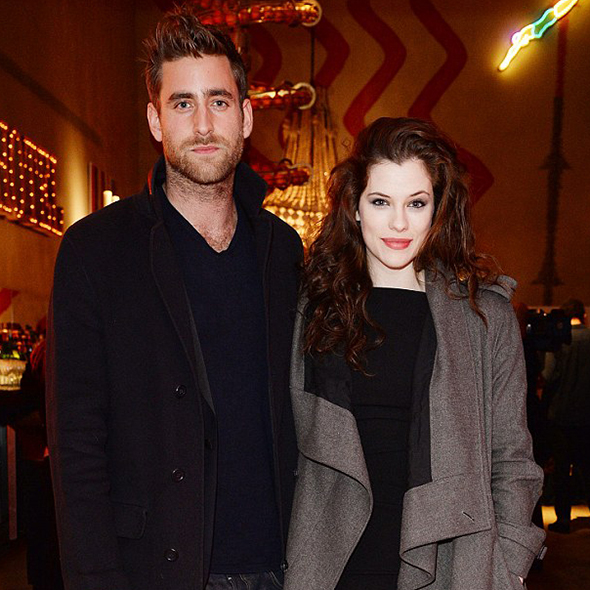 While many celebrities prefer to enjoy romantic life away from the media, the Emerald City star Oliver Jackson-Cohen is the complete opposite. Flaunting his love life with his girlfriend is one of his known and adored specialties.

He does not shy away from showcasing his love life, and just like him, his love interest is also very open about their relationship in front of the media.

But, the million-dollar question is, "Who is Oliver Jackson-Cohen's Mystery Girlfriend?"

Who is Oliver Jackson-Cohen Girlfriend?

Committed to actress girlfriend Jessica De Gouw, a little to know about the actress. Jessica portrayed the character of Elizabeth Hawkes' in the series Underground.

The pair first met each other in the year 2013 on the sets of Dracula. It seems that they fell in love with each other while working together. However, they haven’t really talked openly about their relationship's details, but they sure have disclosed their romantic entanglement through Twitter and Instagram.

More on: How Ryan Stiles's Met His Wonderful Wife !

In August 2015, Oliver went media official and revealed his affair with Jessica de Gouw by sharing the duo's image, now deleted on his Twitter. Captioning the image as-.

Before the actor went official with Jessica de Gouw, there were some rumors circling the media; one of them was surrounding the actor's sexuality and tagging him, as a gay man.

The rumors first emerged when the actor took upon a project, The Invisible Man, where he played a gay character. But the rumors came crashing down when he announced his relationship with girlfriend Jessica de Gouw.

Talking about their online affection Jessica wished her boyfriend a happy birthday on his 30th birthday through her Instagram, sharing an adorable picture of them together with the caption- In October 2020, the couple completed 7 years of togetherness, which Jessica let us know through her Instagram post.

It's been a long journey since the love sparkled between them back in 2013, in Budapest. But, we cannot wait to see, hear, and most importantly, read about them turning into a happily married couple.

Apart from a successful romantic life, the star has equally made a quite good name for himself in the entertainment industry.

Oliver was born on 24 October 1986 in Westminster, London, England. He was born to his parents Betty Jackson, a designer, and his father, David Cohen.

For his education, Oliver attended a French-language school. The actor also enjoyed spending his weekends visiting the Youngblood Theatre Company.

Jackson-Cohen has a sibling sister named Pascale Jackson-Cohen. But nothing much is known about her as she prefers her matters to be private and has chosen to live a low-key life despite coming from a well-known family.