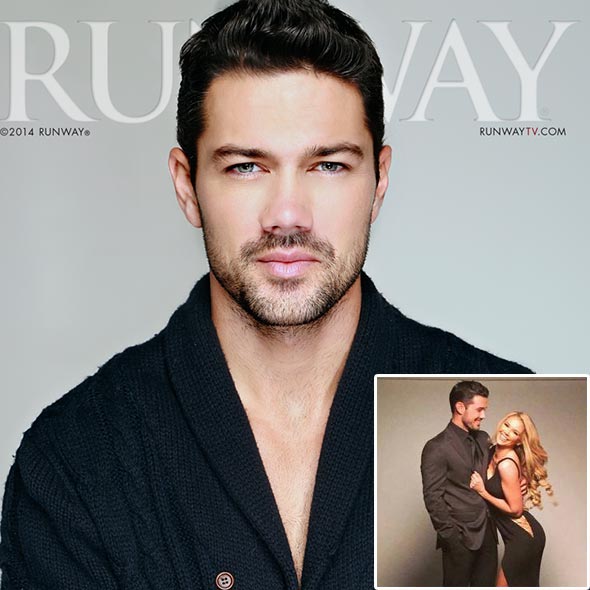 Ryan Paevey is best known for his role as Nathan West on the ABC soap opera General Hospital. He is generally well-known among his fandom for his stunning face and personality. But will you believe that this dashing hunk might be in search of a girlfriend? So, was he always single, or had he ever been in a relationship?

Does Ryan Paevey Have a Girlfriend?

Blessed with a husky body, good looks, and ocean-blue eyes, no wonder Ryan has a huge female following. But is he already taken?

Ryan's admirers have every right to wish for him to be unmarried and single. Luckily, he is single and available, which is a blessing for his fans.

However, he has been linked to Jessa Hinton, who is rumored to be his girlfriend. His fans speculated when they shared some friendly tweets back and forth, causing a stir on Twitter. On the other hand, Jessa never verified or denied any rumors of being Ryan's girlfriend. However, at that time, Jessa started dating model/actor Sam Asghari, proving all the rumors to be false regarding Jessa being Ryan's girlfriend.

Likewise, Ryan was also linked with his General Hospital co-star Kristen Storms. Storms was seen wearing a necklace that Ryan handmade for her, which sparked their dating speculation. But the rumors turned out to be a hoax once again, as Kristen got married to Brandon Barash.

Although there are many speculations about Ryan's dating life, he has never touched on any of the rumors and has successfully kept his love life private.

Furthermore, while talking to Extra TV, he admitted to not having a girlfriend. He also mentioned that he is a workaholic with little time for his personal life. He also added that he is not ready to have a dog since he cannot devote the necessary time and attention.

For him, adventure is his only personal time. He enjoys going on adventures on his bicycle. He frequently travels, sometimes with a companion but generally alone. He is drawn to nature's beauty, which gives him the courage to travel alone. He prefers to go up mountain climbing for an adventure.

He may not have time to find a girlfriend because of his hectic schedule and strict work ethic. But, Ryan made it clear that he is searching for someone special and believes in love at first sight.

Apart from his under-the-wraps dating life, there have been many speculations about him being gay. So, is he, in fact, gay?

There is no definite evidence regarding him being gay. Although his fans assumed him to be gay because of his absent public romantic relationships, it may not be the case, as Ryan has never talked about his sexuality.

So, the question about him being gay still remains unanswered.

Unlike his love life, Ryan's professional life has kept him busy and made him stand where he is now. His professional career did not take off immediately, but his hardworking personality has made him one of the prominent actors in America.

Ryan, who has gorgeous looks, began his Hollywood journey as a model before deciding to pursue acting. He has appeared in everything from television series and films to music videos.

In 2011, he made his television debut in The Girl with the Gloves, but his major career took off after starring in the General Hospital as Nathan West in 2013.

Though the exact figure of his net worth is not available, he is expected to earn around $400,000 per episode from the soap opera General Hospital. And now that he has played the lead character, Donovan Darcy, in the television film Unleashing Mr. Darcy, there is no doubt he earned some additional hefty amount from the project.

As per Ryan, he had no intention of pursuing a career in the entertainment industry when he was a child.

Fast forward to the present, he has earned a name for himself in the entertainment industry, and it is quite sure that he will continue to do so in the future.

So make sure you stay with us for more Ryan Paevey updates.