By LRU Writer | On: March 05, 2020
Aaron O'Connell is an American actor who is best recognized as Wyatt Cryer on the OWN series The Haves and Have Nots (2013-2020)...He is married to his wife...Their wedding ceremony took place on...The two first met through...Aaron was born on...He attended...his Zodiac sign is... 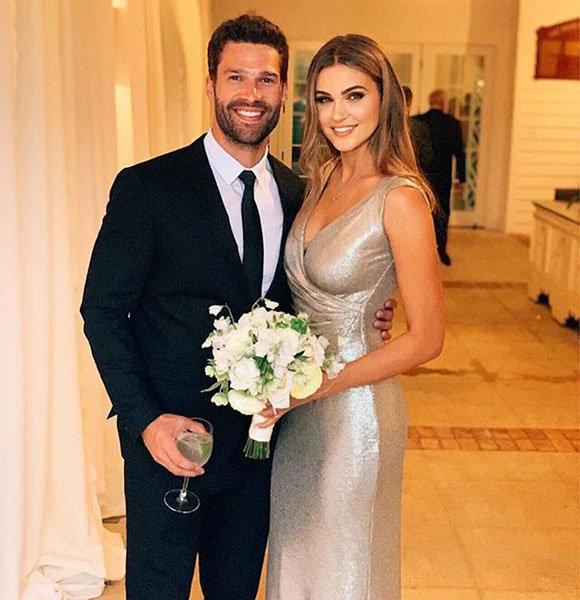 American actor and model, Aaron O'Connell, is best known for his role as Wyatt Cryer on the OWN series, The Haves and Have Nots (2013-2020). The actor got the part when he was hand-picked by Tyler Perry after seeing him in a 30 second TV ad for Liquid Plumber.

Aaron is married to Natalie Pack, a model. The two first met through a mutual friend during a Thirst Project Charity event. After a year of their first meeting, Aaron and Natalie went on their first date in Santa Monica.

Further, the actor proposed to Natalie in the Bahamas; he announced his engagement with Natalie in September of 2017.

The couple exchanged their wedding vows on 21st July 2018 in Lake Como, Italy. Their wedding ceremony took place at the charming Villa Erba, and the theme of the wedding was 'Perfectly Imperfect.' Singer Haley Reinhart was also present at the wedding, and she graced the celebration by singing her hit romantic song-cover, Can't Help Falling in Love (2015).

Wedding Details Of Finn Wittrock:- Inside His Wedding With Wife & More On His Family

For her big day, Natalie wore a Tony gown by designer Galia Lahav which she purchased at the La Brea Flagship store in West Hollywood.

Who is Natalie Pack?

Aaron's wife, Natalie, is a model who won the Miss California USA pageant in 2012. She was also a participant in the twelfth season of America's Next Top Model. Also, the model was featured in a Season 2 episode of the reality series, The Dog Whisperer, with Cesar Millan in 2005.

Natalie was born on 30th March 1989 in California to Tom Pack and Lisa Pack. She attended the University of California, Irvine.

American Actor and Model The Haves and Have Nots Natalie Pack