Inside Finn Wittrock's Wedding. More on His Wife & Family 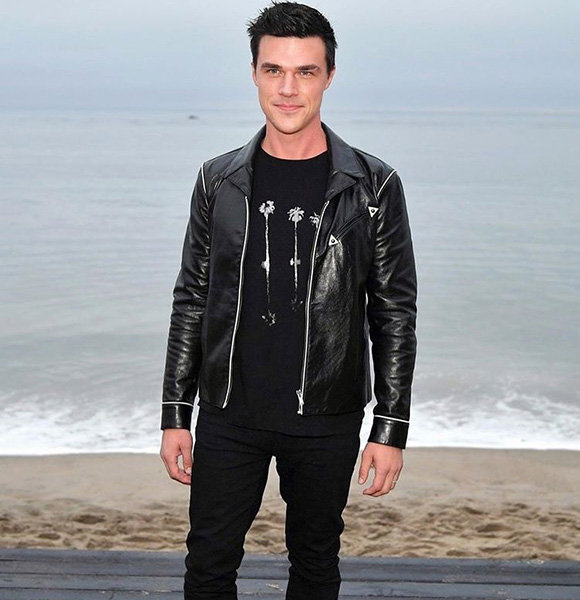 Apart from the star's great line of work, the fandom is curious about the actor's life with his wife and kids.

Who Is Finn Wittrock's Wife?

Finn has been married to his wife, Sarah Roberts, since 2014. The couple met as fellow students at New York City's Juilliard School. Finn's wife, Sarah, was graduating in dance.

When his acting career was just beginning to take off, the American Horror Story franchise actor revealed his relationship to the public in 2014. Further, the actor and his wife tied the knot on 18th October 2018 at Chicago's Columbus Park Refectory.

Finn's wife wore a white wedding gown with a boat neck and long sleeves. Further, the dress fit to the waist and gently flared into an A-line skirt at the bottom.

On the other hand, Finn chose to go for a black suit with a white shirt and completed the look with a black tie.

Finn and his wife welcomed their first child in the summer of 2019; the couple named their son Jude.

The pair was excited, particularly Finn, who was enjoying his new role as a father. It cannot be easy to balance work and fatherhood, yet just one glimpse at his child instantly makes him feel refreshed.

Talking about his family life, Finn's parents are Peter L. Wittrock Sr. and Kate Claire Crowley. His father is an actor, while his mother is a professor of occupational therapy at the University of Southern California. Finn also has a younger brother named Dylan.

Know About: Iman Remembers Her Late Husband on Her 30th Wedding Anniversary

He also played the character Damon Miller, on the soap opera, All My Children, from 2009 until 2011.

In 2012, the actor debuted on Broadway with the play Death of a Salesman, in which he portrayed the character of Happy Loman.

Also, the actor is a writer; he co-wrote the 2015 indie film, The Submarine Kid.

If we were to approach Finn's personality, the star is a Scorpio.

With all his successes with shows and other endeavors, when we add up his career's worth, the star has a raving net worth of $5 Million, according to Celebrity Net Worth.

Stay with us for more details regarding the star's amazing career and happy married life.