By LRU Writer | On: January 10, 2020
Abbie Burnett is a reality TV star best known for...was born on...fourth child of her parents and has four other younger...homeschooled, under the program...tied the knot to...big wedding, it was held at a...in front of 1,000 guests...already welcomed their first child in the world...had announced their pregnancy news...followed traditional courtship rules and... 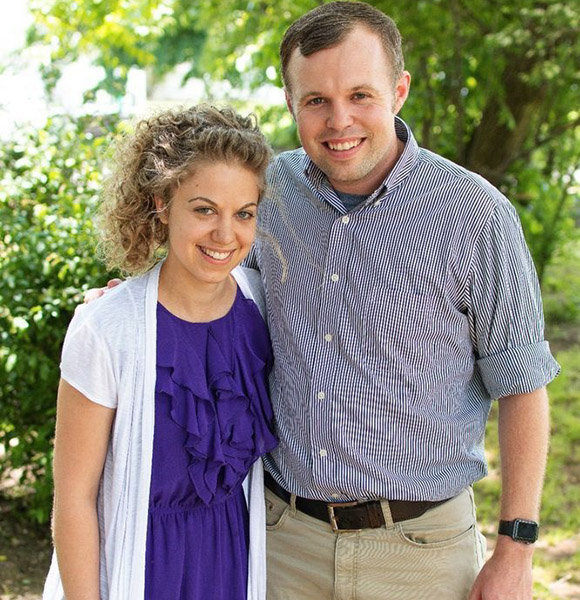 Abbie Burnett is a reality TV star best known for her appearance on the show, 19 Kids and Counting. She is also famous as the wife of John-David Duggar, who is one of the 19 kids in the TLC's hit reality show.

Apart from being a member of the Duggar clan, she is also a registered nurse.

Read on to know more about the reality star's personal life.

Abbie Burnett was born on 16h April 1992 in a conservative religious family. Her parents are John Burnett and Cheryl Burnett.

Abbie, along with, all her siblings were homeschooled, under the program, ATI, a Biblically-based home education program.

After completing basic-level education from home, she enrolled in a course to be a certified nursing assistant. After completing the course successfully, she joined the Pontotoc Technology Center and studied nursing.

Abbie tied the knot to John-David Duggar on 3rd November 2018 and joined the Duggar clan. Abbie Burnett with her husband John-David Duggar on their wedding day in November 2018 (Photo: usmagazine.com)

Abbie and John had known each other from their childhood since they were family friends.

But things actually started for them when they crossed paths at a church event in Oklahoma. The couple announced their courtship in June 2018, which was followed by an engagement a month later.

As for the big wedding, it was held at a Baptist church in Ada, Oklahoma, in front of 1,000 guests.

For her big day, Abbie dazzled in a handmade “sparkly” gown from Renee’s Bridals, as her father walked her down the aisle. Further, the whole event was covered on TLC.

After the wedding, the husband-wife duo went for their honeymoon to Finland.

As of now, the couple has already welcomed their first child in the world. Their daughter, Grace Annette Duggar, was born on 7th January 2019. The couple had announced their pregnancy news in August 2019. They shared a picture of themselves in a helicopter, holding up a baby's onesie with the words "Baby Passenger On Board" imprinted on it.