By LRU Writer | On: November 27, 2019
American reality star John-David Duggar is one of the kids from the TLC’s popular show, 19 Kids and Counting. Post the...John’s wife is Abbie Grace Burnett. The pair got married on...Interestingly, John and his wife had been in the same circle for years... 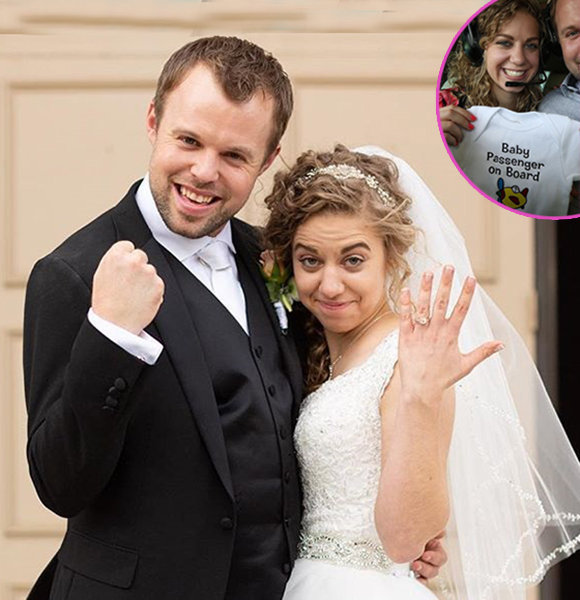 American reality star John-David Duggar is one of the kids from the TLC’s famous show, 19 Kids and Counting. Post the show’s cancellation in 2015; he began starring in the show’s spinoff, Counting On.

Keep on reading to know more about the second son of the Duggar family!

John’s wife is Abbie Grace Burnett, who he married on 3rd November 2019. Before getting into details about their married life, let’s go back to how it all began.

John and Abbie had been in the same circle for years but never actually met. They would hear of each other as their fathers were acquaintances. Finally, in 2018, John flew to Abbie’s native Oklahoma to take part in a church program, and the relationship started taking shape.

And, in July 2018, the pair officially started their courtship (conservative way of dating which involves no physical intimacy like kissing and requires a chauffeur to be present during the couple's meeting). Within weeks of making their courtship official, John proposed to his girlfriend in an airplane hanger and became engaged on 26th July 2018.

Details On Wedding:- Abbie Burnett Married At Age 26, Details On The Wedding With Husband!

The pair jumped right into their wedding planning and finally became man and wife in a televised wedding ceremony in November 2019. After the wedding ceremony, John and his wife were quick to go the family way. They announced Abbie’s pregnancy in August 2019.

John and Abbie are soon to be parents to a baby girl. They announced the gender of the baby in an elaborate gender reveal via Instagram. Amidst the happiness of pregnancy, there were struggles too. According to John, his wife suffered from hyperemesis gravidarum - severe nausea, which leads to dehydration - during the first trimester. The reality star had to take his wife several times to the hospital.

With the ups and downs of the pregnancy, the pair are set to welcome their baby girl in January 2020.

It is common knowledge that John’s whole family, including his parents: Jim Bob and Michelle Duggar, are reality stars.

Many might not be aware, but John and his sister, Jana, are twins. She was born three minutes earlier than the reality star.