By LRU Writer | On: November 08, 2019
Abigail Spencer was a diva in the making...Best known for her portrayal of...is in a relationship with...seem to be going pretty strong...was a married woman...tied the knot to...had a son named Roman...impressive list of credits on her name...net worth of...stands at a height of... 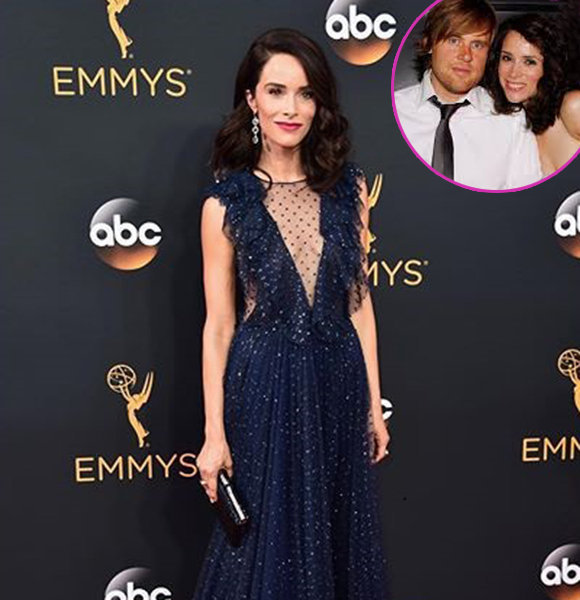 Abigail Spencer was a diva in the making from a very young age. At 11, she won the Florida state pageant.

Best known for her portrayal of Rebecca Tyree on All My Children and a smart history professor Lucy Preston in NBC's Timeless, Abigail is an extremely talented actress who has acted in numerous TV shows and movies.

Read on for more details on Abigail's personal and professional life.

Unlike many other celebrities, Abigail has always been open when it comes to her private life and relationships. As of now, the actress is in a relationship with a guy named Jesse Fleece. Although the details regarding how the couple met and how long they have been dating, are yet to surface. From their social media posts, the beginning of their relationship dates back to February 2019, when Abigail's boyfriend posted her picture for the first time and captioned,

Following the first appearance, the couple frequently posts about eachother on their social sites. And from their PDAs, the two seem to be going pretty strong.

However, Jesse is not the first man in Abigail's life. Before that, she was a married woman.

She tied the knot to Andrew Pruett on 3 April 2004. They even had a son named Roman Allen Pruett-born on 19 September 2008. But the marriage did not last, and the estranged couple got separated after nine years in 2013.

As of now, Abigail and her ex-husband are involved in a custody battle for their 11 years old son. Amidst the ongoing legal battle, the actress has also opened about her ex- husband's verbal abuse and bullying. According to her, Andrew is controlling and is affecting her son's peaceful childhood.

Abigail's first significant acting role was from All My Children in 1999. She gained massive fame from her debut role and ended up being a household name.

After her big breakthrough, Abigail has had roles in many TV shows and movies. The talented actress is known for her appearance in TV series like Grey's Anatomy, Suits, Rectify, True Detective, and many more. For her role as Amantha Holden in the series Rectify, she earned a nomination for Critics Choice Awards.

Further, her list of filmography includes movies like Cowboys & Aliens, Oz The Great & Powerful, This Means War, and This Is Where I Leave You, to name a few.

You May Be Interested:- Alisan Porter Husband, Dating, Children, Net Worth

Apart from that, she has also made several guest appearances on major TV hits such as; CSI: Crime Scene Investigation, Gilmore Girls, Ghost Whisperer, Private Practice, and many more.

Well, with such an impressive list of credits on her name, it's no surprise that the actress has made a significant amount as her net worth. Putting her wealth in numbers, Abigail has a total estimated net worth of $3 million.

Born on 4 August 1981 in Gulf Breeze, Florida, Abigail Spencer is also a singer. As a high school freshman, she traveled to Germany to sing with her church choir.

Talking about her physical features, the multi-talented actress stands at the height of 5 feet 5 inches (1.65 m).