By LRU Writer | On: November 06, 2019
Alisan Porter is a woman of many talents. She has been able to make a name for herself in different platforms of arts such as singing, dancing, and acting...The multi-talented actor now focuses entirely on her music career and has already released albums of her own...Alisan Porter was born on...After finishing high school in Connecticut, she moved to...Now, it is not a secret that Alisan Porter was married to...But the husband and wife went through a divorce... she started dating... 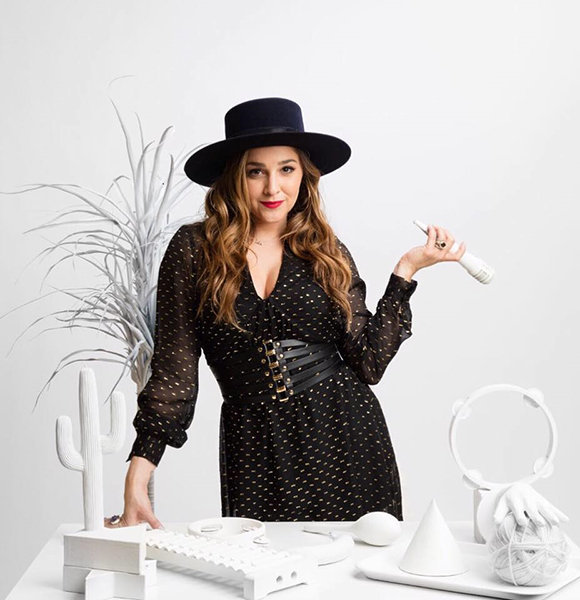 Alisan Porter is a woman of many talents. She has been able to make a name for herself in different platforms of arts such as singing, dancing, and acting. Furthermore, she is even widely known as the winner of season 10 of the popular NMC series called The Voice in 2016.

The multi-talented star now focuses entirely on her music career and has already released albums of her own.

Now, it is not a secret that Alisan Porter is married to her longtime boyfriend, Brian Autenrieth, since March 2012. The wedding was held at Diablo Dormido, a historic ranch in the Santa Monica mountains. She gave birth to their first child, Mason, in 2012 and two years later, gave birth to a girl named Aria.

But, the husband and wife went through a divorce ending a five-year-long marriage. They quietly separated in March of 2017 and publicly announced it on Twitter in December of 2017.

But, things were not so sad in Alisan’s love life as she started dating dancer and choreographer Justin De Vera since January of 2018. The duo does not share many details about their relationship but is often seen together with Alisan’s children on her Instagram handle. Hence, their plan about the future is not known to everyone, but whatever it is, they seem to be going stronger than ever.

Alisan Porter was born on 20 June 1981 to parents Laura Klein and Ric Porter. The Worcester, Massachusetts native, was seen as a talented prodigy from a very young age. She was only five years old when she won the TV talent show Star Search in 1986.

Her main inspiration towards arts was her mother, a professional dancer who ran a dance academy in her locality. Hence she started dancing quite early and eventually got a keen interest in acting.

With acting in her mind, she started working in 1987 with small roles in TV shows and movies but stopped doing films and TV series when she was ten, and her family moved to Connecticut when she was 12.

After finishing high school in Connecticut, the actress of the height of 5 feet and ½ inch (1.54 m) moved to New York to participate in the city’s growing Broadway attention. And, thus started Alisan Porter’s professional career.

Since her appearance in Star Search, Alisan made her acting debut with the role of Lil’ Punkin in the children’s TV program called Pee-Wee’s Playhouse in 1987. She also starred in another small part in the mini-series I’ll Take Manhattan.

Furthermore, she appeared in a TV series called Family Ties and a TV film, A Beverly Hills Christmas. Other movies she acted as a child were in the film Homesick and Parenthood. TV shows she starred in are Undressed, The Golden Girls, Perfect Strangers, and Chicken Soup.

Another Star From The Voice:- Bryana Salaz Boyfriend, Family, Ethnicity

When she started focusing on her stage and music career, she formed a band called The Raz in 2003. However, the group split the next year, which made Alisan form another band called The Alisan Porter Project.

After a couple of years, she released her first debut solo album called Alisan Porter. Other albums she released are called Who We Are and Pink Cloud.