Inside the Life of Cherylee Houston and Her Comedian Husband 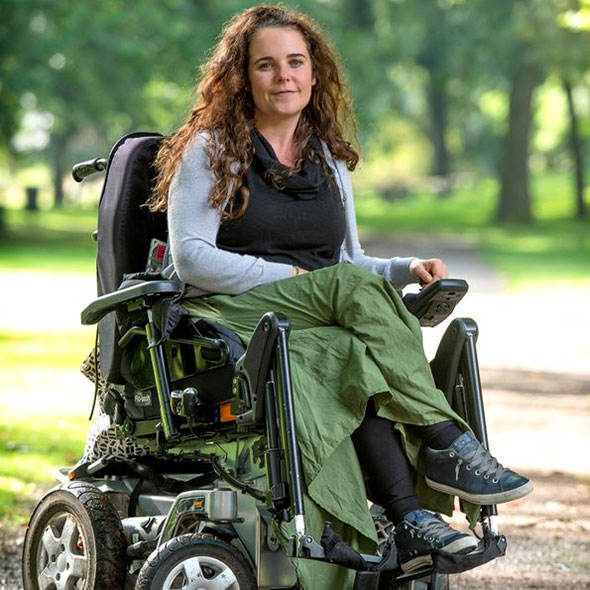 Diagnosed with  Ehlers-Danlos syndrome at the age of 23, the hopes of becoming an acting sensation were at their prime; Cherylee Houston didn't let her disability stop her career in any way. Moreover, she hasn't let her personal life get affected much either.

Despite her physical disadvantages, Cherylee has a successful career as well as a loving husband.

Cherylee became the first actress in the 50-year history of 'Coronation Street' to be cast as a regular disabled character, “Izzy Armstrong.” She has since then gone on to achieve new and unprecedented career heights.

Everybody knows about her on-screen love with Kirk Sutherland, who played the role of Andy Whyment. Apart from her on-screen dating interests, Cherylee has her own love interest in her life. The actress is married to her husband, Toby Hadoke. Her husband, Toby, is a well-known personality from the Manchester comedy circuit. He is the one who runs the XS Malarkey comedy club in the city.

Extremely private about her personal life, keeping intact her introverted personality, Cherylee has not revealed any further details about her marriage whatsoever. However, Toby, an English actor, writer, and stand-up comedian, announced Cherylee as her wife in a tweet in 2015.

'@timgebbels You just came up in conversation. I didn't know that you knew my other half! (Cherylee Houston)"

Following their secret wedding, the duo has not revealed anything more about their relationship. However, with no news of a feud between the two, it seems Cherylee is happily married to her husband Toby and is set for happily ever after. Despite rarely being seen together in public, we could see the couple in the sequence of 'Coronation Street,' which was filmed in their house.

Regardless of having an ideal partner, the actress has suffered from several accusations and abuses of her disorder. Nevertheless, Cherylee remains unaffected and focuses all her attention on her professional and personal life's prosperity.

In November 2015, Coronation Streets star Cherylee Houston revealed that she was falsely accused of being a benefits cheat by her neighbor. Houston has Ehlers-Danlos syndrome, because of which she can’t walk more than a few steps without the help of a wheelchair.

According to Houston, her neighbor threatened to report her as a benefits cheat after he saw her walking a few steps to her wheelchair.

Her neighbor had actually taken a photo of Cherylee walking to her wheelchair and immediately knocked on her doors. The alleged angry man then met her husband rudely and confronted the couple.

Houston later posted a series of tweets to condemn the action of the angry man. This wasn't the last time the actress faced the consequences of her disability. In July 2018, she revealed an encounter where a stranger in a car abused her while crossing the road.

"Was just crossing the road and a car beeped at me and a man shouted 'Spastic' at me. Wow"

However, despite numerous accusations and abuses, the actress remains unbothered by the negativity and has continued to amaze the audience with her superb on-screen performance.

British actress Cherylee Houston was born in 1975 to her parents, Bill and Coral. Houston got inspired by the entertainment industry after watching the film 'Annie' at the age of 7 years.

She attended the Arden School of Theatre situated in Manchester. At the age of twenty-three, she was diagnosed with Ehlers-Danlos syndrome. She has been using a wheelchair since then.

Stay tuned to get more updates on Cherylee Houston.