By LRU Writer | On: November 18, 2019
With increasing popularity and noteworthy skills in his high school and college years, pro-NBA athlete Admiral Schofield...extraordinary performance in one of his...For the past few years since his rise to stardom, many have asked about his dating status and a...Admiral was born on...According to reports, his brother was out...but after a huge wave... 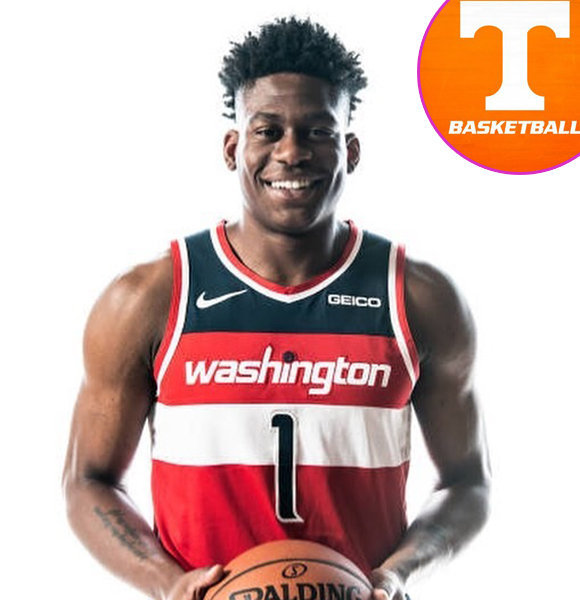 With the increasing popularity and exceptional skills showcased in his high school and college years, athlete Admiral Schofield entered the NBA scene as the 42nd overall pick in 2019.

In 2018 as an SEC All-Tournament Team member, he showcased immense talent with a 22-point extraordinary performance in the SEC title game.

With the role of a small forward, Admiral created quite the buzz just through his name. Adding his impressive track record in the mix, he went on to secure his position at the Washington Wizards in 2019.

With such a well-built frame and his charming looks, it is shocking how the NBA player is yet to be seen with a romantic partner.

For the past few years since his rise to stardom, many have asked about his dating status and a potential girlfriend. Sadly, not much can be said about the matter as Admiral himself has remained tight-lipped about his relationship.

Even via his social media postings, nothing could ever be speculated, as a partner's photographic appearance never surfaced. Even on his twitter handle, the athlete took time to dedicate a few words of love but to no one. His post is not addressed to anyone and it seems he is just joking around. Admiral Schofield during his time as a member of the Tennessee Volunteers (Photo: 247sports.com)

Now, if a girl whom he is romantically involved with exists, then there is the possibility that he has maintained a secret relationship or he might actually be single. In any case, no one has enough proof or facts to link him with a woman in 2019.

Admiral was born on 30 March 1997 to parents Anthony Scofield and Dawn Scofield. Not the only son, he has two other siblings: two brothers O'Brien Schofield, General Schofield, one sister Octavia Schofield.

Just like Admiral, his older brother O'Brien is also a star athlete. Part of the football industry, O'Brien, was a member of the Seattle Seahawks and even went on to win the 2014 Super Bowl with them.

Sadly they had one more brother, but he passed away. Named Joshua, Admiral's brother, drowned near a beach at Zion at the age of 19.

According to reports, his brother was out swimming on the beach when he was asked to get out of the water because the current was getting intense. Joshua's friends got pulled back, so he went back to help them, but after a huge wave hit him, he was found 150 feet from the shore.

The brothers sadly suffered a colossal tragedy that day.

Some Facts About Admiral