Adrienne Elrod Bio: Did This Blonde Beauty Get Married Secretly?

By LRU Writer | On: December 27, 2018
Delve into Adrienne Elrod's biography to learn about her husband...Of all things, Adrienne has been able to master over the years, her ability to hide her married life...Not only her parents are revered lawyers in her state of Arkansas, but her family has... 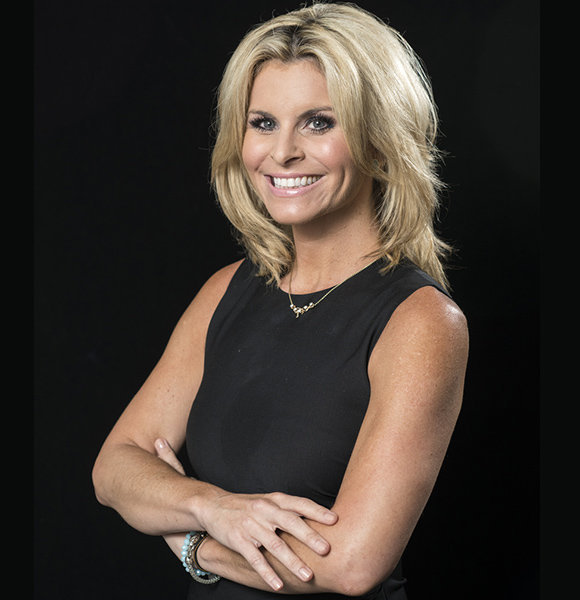 To those wondering if there exists such thing as Freudian Slip on online, let political strategist Adrienne Elrod's tweet act as a reminder that humans have seemingly molded their "offline behaviors" into their presence on the internet.

Call it a slip of the tongue or a finger for that matter, but when the Former Director of Strategic Communications & Surrogates for presidential hopeful Hillary Clinton provided a scoop into her married life, a fan professed befuddlement in the revelation.

Delve into Adrienne Elrod's biography to learn about her husband, family, age and more!

Is Adrienne Elrod Married? Is She Hiding Her Husband?

Of all things Adrienne has been able to master over the years, her ability to hide her married life ought to bring her the most joy.

An avid supporter of the NFL outfit The Arkansas Razorbacks, the seasoned strategist, however, was no longer able to do so when she drew parallels between her team's poor performance with "an extended marital rough patch." Amazed by the revelation, a Twitter user named John Brummett professed utter disbelief by claiming he hadn't known that she had taken in a husband. And to which, Adrienne simply replied with the words:-

"Irrelevant to the point."

Amidst all the drama, a question begs: should her fans accept her deflection of the questions about marriage as a genuine attempt to hid her husband from the limelight?

As the President of Elrod Strategies, Adrienne, age 42, has her eyes set on bringing success to the stated Washington-based project for the time being.

A graduate of Texas Christian University, Adrienne initially got her start in politics working under Clinton Administration (1998-2000) as an executive path. She credits her family's influence for her decision first to pursue law and then a career in government and campaigns.

Not only her parents are revered lawyers in her state of Arkansas, but her family has equally unnerving political connections. In her 2017 interview with Politico, Adrienne confessed:-

"Both Bill and Hillary have been inspirational figures in my life from a young age; my mother and Hillary both practiced law at a time in Arkansas when female attorneys were a rare breed, and my father and the President go way back to the days of Boys State, so working for the first president from Arkansas was a no-brainer."