By LRU Writer | On: February 19, 2020
Aimee Mullin is someone who fits into many introductions...best known for her portrayal of...gained huge acclamation for...is married to actor... initially met in...eloped and got married in front of two...husband Rupert Friend is an English actor...was born...suffered from a condition called...resulted in the amputation of her legs...a graduate from Georgetown's School... 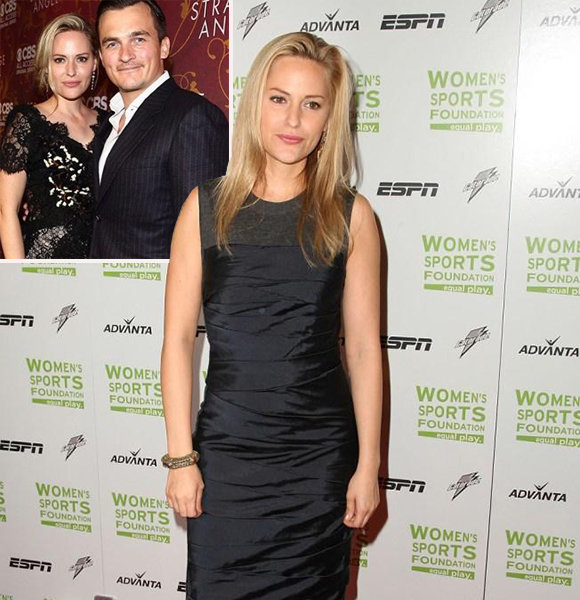 Aimee Mullin fits into many introductions. She is a model, Paralympic track & field competitor, public speaker, and an actress.

Apart from acting, she also gained huge acclamation for her inspiring speeches in TED Talks.

The two, who initially met in 2013, announced their engagement at an L'Oreal Paris event in December 2014.

And after sixteen months-long engagement, the couple got married on 1st May 2016. For their wedding, the couple eloped and got married in front of two close friends.

Aimee's husband Rupert opened about the wedding a year later during an interview with Kelly Ripa on Live with Kelly. He disclosed that they got married in a compost shed at a beautiful farm in the rain and later played pool in Manhattan.

Aimee's husband, Rupert Friend, is an English actor best known for his role as Mr. Wickham in the adaptation of Jane Austen's Pride and Prejudice.

Before Aimme, Rupert also dated his Pride and Prejudice co-star Kiera Knightley from 2005 to 2010.

The Stranger Things actress was born into an Irish-American family. As an infant, she suffered from a condition called fibular hemimelia, which resulted in the amputation of her legs ever since she has had prosthetic legs.