Alaska Thunderfuck Has Boyfriend Now? Or Past Dating Affair Left A Sting? 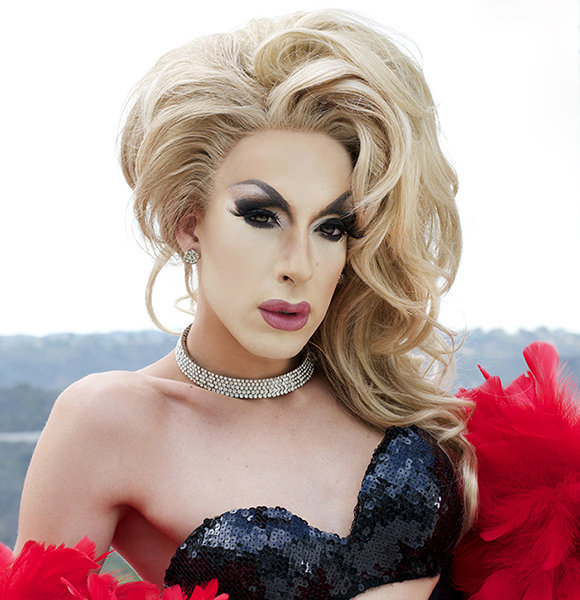 Undoubtedly, Alaska Thunderfuck is an American drag performer and recording artist and has already earned a considerable fan following who has been expressing their concern for the Drag star.

So, if you are wondering to know the relationship status of Alaska Thunderfuck and her possible boyfriend, then you are welcome for the treat!

Justin Andrew Honard, who is popular with the stage name Alaska, was in a relationship with Sharon Needles (real name Aaron Coady) and flaunted their romance for almost four years. Alaska met Sharon through Myspace in December 2009. And a year later, she moved to Pittsburgh, Penn, to live with him.

The pair rose to stardom after Sharon won the fourth season of "Drag Race" back in 2012 and when Thunderfuck was declared a runner-up in the fifth season in 2013. When Alaska and Sharon were regarded as a royal drag queen couple of "RuPaul's Drag Race" fame, they decided to split. Back in 2013, the pair ended their four years relationship with a mutual understanding.

Even after the breakup, the love for each other did not decrease; Alaska further mentioned in a statement to The Huffington Post back in the year 2013 that:

“I will always love Sharon, and we will continue to be a part of each other’s lives."

"Due to the severe change not only in mine but Alaska’s life, the survival of our partnership relies on simply changing the word “boy” in boyfriend to “best”. And because of my severe vanity, I’d like to keep my social media as a place dedicated to my art, and not a place to talk about my personal life. RuPaul once said that people come into our lives for different reasons for different intervals of time. I will treasure the four years we had together.”

After the beak-up, Sharon Needles moved on real quick; he was in a long-term relationship with FX artist Chad O'Connell. Needles and O'Connell started dating in late 2013. After two years, they got engaged in 2015. However, their relationship did not last long as they separated in the summer of 2020.

Thunderfuck was born Justin Andrew Hoana in the U.S. She was brought up in Erie, Pennsylvania. In 2003, she graduated from Fort LeBoeuf High School and earned her Bachelor's degree from the University of Pittsburgh.

Initially, she moved to L.A. to pursue acting, but she turned down the idea because she was not satisfied with the selection process. She then decided to take on drag and started working at the West Holywood club Fubar. Along with Cherri Baum, she formed a band named Haus of Haunt, which is now a drag troupe.

In 2013, she auditioned for the show RuPaul's Drag Race till she got the chance to appear in its fifth season; she was the season's runner-up (2015).

Then she made her return on the second season of the show RuPaul's Drag Race All Stars 2; This time, she didn't miss the opportunity to grab the title.

To date, she has released a number of singles including, Nails, Your Makeup Is Terrible, and Ru Girl. The talented drag queen Alaska released her debut album A**s back in 2015 and released her second album, Poundcake, in 2016. Her third album, V****a, came after three years

She had also modeled in a fashion show organized by the fashion brand Marco Marco.