By LRU Writer | On: July 15, 2019
Climbing his way to the top, Alex Honnold is a...made appearances on...Alex met the beautiful women during...Although Alex and...They both started climbing at...Although he showed talents of...Alex later studied...source of income is...Alex has been succesful to garner... 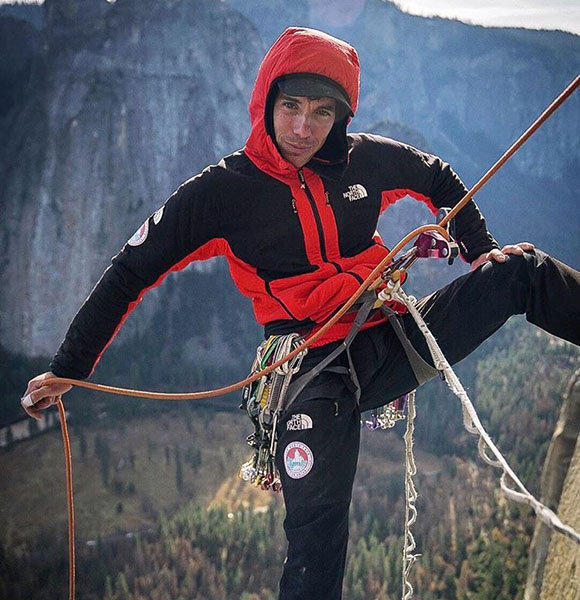 After reaching the peaks of the highest cliffs America has to offer and setting the speed record for climbing Yosemite's Nose of El Capitan, Alex has shown himself as not only an exceptional athlete but also a devoted one.

Earning the moniker "Alex No Big Deal Honnold," he has made appearances on many TV shows and also featured on the cover of National Geographic and other magazines.

Married To Wife Or Single?

Assisting Alex in every aspect of life is his girlfriend, Cassandra "Sanni" McCandless. Sanni was first introduced to the entire world in the 2018 Emmy-winning documentary, Free Solo.

Alex met the beautiful women during one of his book signing events. At their first meeting, Sanni found the athletic climber cute, so she gave him her number. Mustering the courage to ask her out, three weeks after the event, Alex took her for a dinner date. The couple has graced many award ceremonies together, and are very open about their relationship in social media.

Although Alex and Sanni share a home in Las Vegas, Alex has introduced Sanni as only a girlfriend. The couple could be focussed on their careers for now, so Alex may have to wait for a while before getting married and pronouncing Sanni as his legal wife.

Born on 17 August 1985, Alex is a resident of Sacramento, California. He has an elder sister in his family named Stasia Honnold, who is a cyclist by profession.

From The State Of California :- Madison McLaughlin Wiki: Boyfriend Talks To Family Status – In Her Own Words!

The siblings had both started climbing at the same time, but Stasia left climbing to learn other sports while Alex remained steadfast to his passion.

He had shown his curiosity at an early age. During his childhood, he often visited climbing gyms with parents: Charles and Dierdre Wolownick.

During one of his visit, Alex - at the age of five - frightened his mother Dierdre when he climbed up to the 30 feet mark.

Although he showed talents of a climber, Alex was also kind of geeky. He recieved his early education from Mira Loma High School, where he graduated at the top of the class.

Alex's parents divorced each other in 2003 after he completed his high school education. Sadly in the next year, his father passed away after suffering a heart attack.

He later studied engineering at the University of California but stopped after a semester due to lack of interest towards the science.

Since Alex's only source of income is climbing, the majority of his expenditure are reduced with help from the sponsors.

Sponsored by The North Face, Black Diamond, La Sportiva, Goal Zero, Stride Health, Maxim Ropes, and many others, Alex has been succesful to garner a total net worth of $1.5 million.