By LRU Writer | On: June 24, 2019
Alex Scott is a British...was born in...started playing football since she was...joined the club in...first woman to cover the 2018's... after her career ended in the sport she started the journey in...remains tight-lipped on her relationship status... 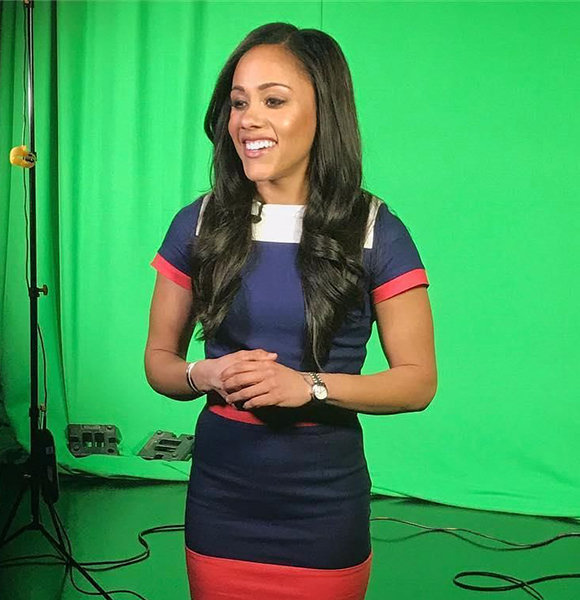 Alex Scott is a British Football commentator. She rose to fame on the media when she covered the 2018 FIFA World Cup, making history as the first female pundit ro report a World Cup for the BBC.

Before her career in sports journalism, she used to a footballer. Alex played as a right back for the women's team of Arsenal from 1992 to 2017.

Alex was born as Alexandra Virina Scott in London England in 1984. She celebrates her birthday on 14 October every year.

Alex grew up without her dad; her single mother raised her alongside her brother. Regarding her family background, the footballer is of Irish & Jamaican descent.

Being an athlete, Alex has kept herself as a fit 34-year-old. She has well-maintained her body of the height of 5 feet 4 inches (1.63 m).

Career As Footballer, Net Worth

Alex was a professional footballer. She stepped onto the pitch with Arsenal in 1992 as a striker and later converted a full back.

Alex was with the gunners until the 2004–05 season. She then moved on to Birmingham City. With her presence in the team, the club made it to fourth place on the table in the FA Women's Premier League National Division.

However, due to financial difficulties with Birmingham City, she was back at Arsenal for 2005–06 season. Alex played her last game against Manchester City Women and won with 2–1.

She officially retired from international football on the 2nd of September 2017. After her time on the pitch ended, the footballer took her knowledge of the game and went on to share it with others.

She began co-presenting on Match of the Day Kickabout. Being a woman in the male-dominated industry, Alex faced a lot of threats during her run on the screen. During late 2018 and early 2019, she opened up that she was receiving multiple threats every day, including rape and acid attack threats.

Moving through the hardship, Alex has done well for herself. Her clubs never disclose her earnings; however, there is no doubt that she earns more than the average salary of £27,000.

While her job now is to talk a lot, she stays tight-lipped on her personal life. Alex has kept the details of her private life under the wraps.

Been on the hustle from a young age, it might be that the footballer did not find the time to search for a partner in her life. Now that the strict training schedules of her footballer life are behind her, Alex could soon find a husband hopeful for a relationship.