By LRU Writer | On: April 23, 2019
Active since 2001, actor Alex Lanipekun is best known for his roles in films such as Blitz, Dead Europe, Twenty8k, Second Coming, and Killing Jesus... Beyond big-screen features, his catalog also boasts an impressive array of TV performances... When placed next to his romance with co-star girlfriend, Alex's acting career pales in comparison... 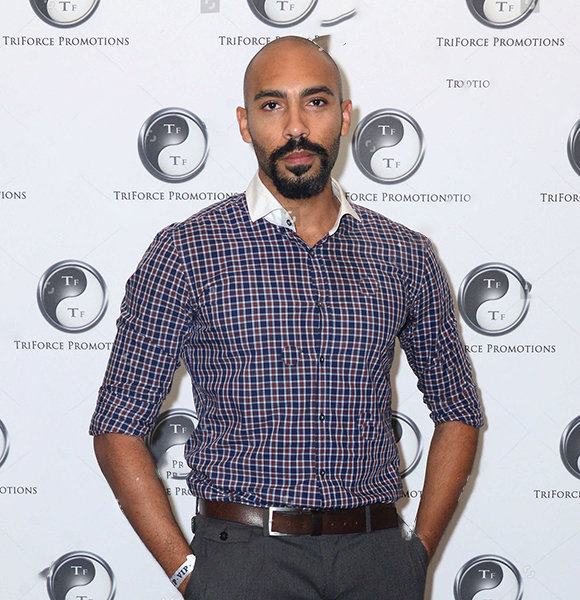 Active since 2001, actor Alex Lanipekun is best known for his roles in films such as Blitz, Dead Europe, Twenty8k, Second Coming, and Killing Jesus.

Beyond big-screen features, his catalog also boasts an impressive array of TV performances.

When placed next to his co-star girlfriend, Alex's acting career pales in comparison.

Delve into the actor/director's biography to get to know him better!

Born on 7th April 1981, Alex is a London, England native. He came from a broken home. When four-years-old, he witnessed his biological parents divorce.

Because of his parents' ancestry - Nigerian father and half-Italian & half-English mother - The Fourth Angel star identifies as belonging to mixed ethnicity. His mom was a secondary school music teacher by profession.

A graduate of Christ's Hospital School in Horsham, the 24: Live Another Day actor attended the Westminster College.

He eventually earned BSc in Anthropology from the University College London before studying acting at the prestigious Royal Academy of Dramatic Art.

English Actor In Our Vault:- Is Richard Coyle Married With Wife? Height, Net Worth, Movies

Pursuing his dreams, he made his film debut in 2001. But it's on TV that he made a name for himself.

Starting with the spy drama MI-5 in 2007, the Brixton London-native went on to give scintillating performances in TV shows including Beautiful People, Being Human, The Borgias, and Homeland.

Alex's relentless work ethic reflects on his net worth; a sum likely to cross the six-figure threshold. Meanwhile, his girlfriend Nathalie Emmanuel boasts a reported fortune of $1 million.

Alex met his girlfriend Nathalie - best known as Missandei in Game of Thrones - on the set of 2018 film, Run.

The fans got wind of the duo's romance in July 2018 when they attended the 2018 Wimbledon Championships. The cameras present at the event couldn't help but capture the romantic moments between the two.

Later that month, Alex and his muse Nathalie fueled dating rumors by walking hand in hand at the Ischia Film Festival. Following the joint appearance, the co-stars turned lovebirds stole the headline after they got photographed enjoying a beach date. Despite the frequent sighting, neither of the pair has officially confirmed the romance.

Before Nathalie, Alex shared romantic ties with another actress named Oona Chaplin. They began dating after falling for each other on the set of MI-5. Their love allegedly didn't last more than two years.