Who Is Alexis DeJoria? Facts About Jesse James' Wife

By LRU Writer | On: March 11, 2020
Alexis DeJoria is a drag racer who drives funny cars in National Hot Rod Association races. She has won races in all...Alexis DeJoria has a net worth of...Alexis has been married to Jesse James since...Alexis DeJoria ‘s father, John Paul DeJoria is the co-founder of hair care company... 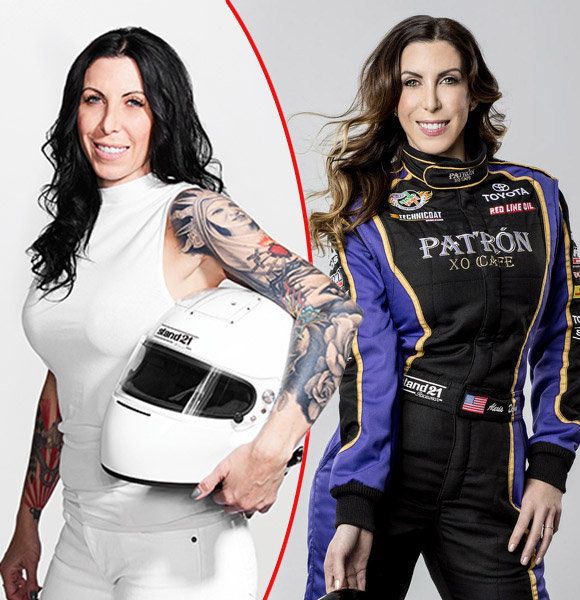 Alexis DeJoria has a net worth of $100 million, according to Celebrity Net Worth.

Alexis was sixteen years old when her interest in car racing started. Converting her interest into a career, she began her training and made it to NHRA’s non-professional sportsman classes.

In 2005, she became a professional in the NHRA circuit, and within eight months, she won the Sportsman Nationals in Fontana, California.

Following her success, she turned to Top Alcohol Funny Car category and set up her team called Stealth Motorsports. Alexis had a successful run with the team as she managed to win the NHRA national event in the TAFC category.

In 2014, she won the U.S. Nationals in Indianapolis, one of the significant drag race events. Two years later, Alexis became the first female to participate in 100 Funny Cars events.

Alexis has been married to Jesse James since 24th March 2013. The couple tied the knot in an extravagant ceremony in Alexis’ father, John Paul DeJoria’s house in Malibu. On the big day, Alexis stunned in a white dress with black embroidery, and Jesse complemented her in a black suit.

Who Is Jesse James?

Jesse James is the CEO of West Coast Choppers- bike customization, merchandise, and lifestyle company. He is also a producer known for shows, namely Monster Garage (2004), Metal Church (2008), and Jesse James Is a Dead Man (2009).

Celeb With Same Name:- Jesse Metcalfe Net Worth And Facts

Jesse has a net worth of $100 million, according to Celebrity Net Worth.

Alexis DeJoria’s father, John Paul DeJoria, is the co-founder of the hair care company, John Paul Mitchell Systems, and founder of Patrón Spirits Co.- tequila maker. According to Forbes, in March 2020, John is worth $3.1 billion.

Alexis was born on 24th September 1977 in California. Her parents are John Paul DeJoria and Jamie Briggs. They separated when the drag racer was young.

And, from her mother’s side, she has a half-sister named Chloe Briggs.