By LRU Writer | On: November 14, 2019
Australian actress Alice Englert is best known for...multitalented personality...low-key affair when it comes to her personal life...never been linked with anyone...appears to be single...born into a family of filmmakers...parents divorced...most of her childhood in the movie sets...celebrates her birthday on...stands at the height of...has appeared in numerous movies and TV shows... 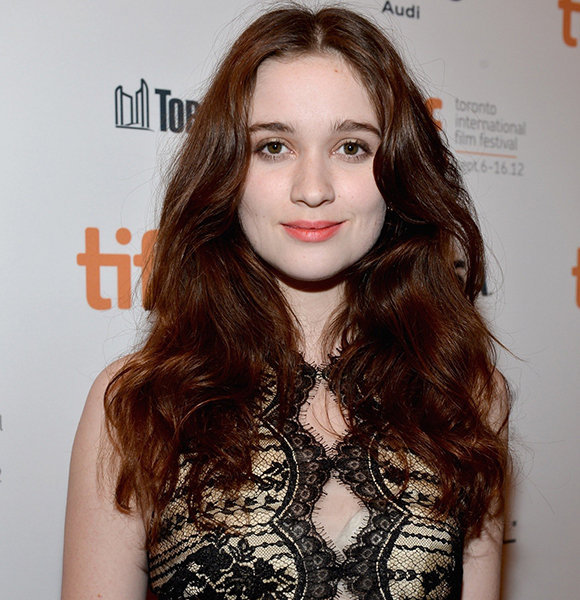 Australian actress Alice Englert, who is best known for her portrayal of Lena Duchannes in the 2013's critically acclaimed film Beautiful Creatures, has been in the industry for quite some time. She made her first screen debut in the short films Listen in 2001.

However, Alice's identity does not limit to an actress. She is a multitalented personality, who is a talented singer, guitarist, songwriter, and poet.

Who Is Alice Englert Dating? Boyfriend

Alice Englert is, without a doubt, one gorgeous lady who has amassed a significant number of admirers over the years. Hence the curiosities regarding her personal life do not come as a surprise.

However, to her fans' dismay, Alice has maintained a low-key affair when it comes to her personal life. It seems like she has mastered the art of maintaining total secrecy.

You May Like:- Michelle Veintimilla Boyfriend, Parents, Ethnicity, Net Worth

Further, the actress has also never been linked with anyone before and has never spilled any information regarding her relationship status or a possible boyfriend.

With her squeaky clean romance life, the actress appears to be single. However, she could also be dating someone secretly. Well, until confirmation comes from Alice, herself all we can do is make speculations and enjoy her onscreen romantic escapades.

Alice was born into a family of filmmakers. Her father is filmmaker Colin Englert, and her mother is director Jane Campion. Because of her parents, the actress was exposed to the glamorous world of films at a very young age.

When Alice was seven years old, her parents divorced, and after that, she was raised by her mother. As a little girl, she followed her mother around at her work and spent most of her childhood in the movie sets.

Alice's time on her mother's movie sets shaped the actress hugely. She eventually became very passionate about films and went on to pursue a career as an actor. The Ginger and Rose actress is a true family girl who admires both her parents as fantastic storytellers and never shies away to credit her parents for her successful career.

Further, in 2017, Alice also got the chance to work with her Oscar winner mother in the BBC series Top of the Lake: China Girl.

Twenty-five years old Alice celebrates her birthday on 15th June. Further, the Australian beauty is blessed with gorgeous body. She stands at the height of 5 feet 7 inches (1.68 m) along with a complimenting weight of 55 kgs (121 lbs).

With her gorgeous body and talents, Alice has come a long way in her career. During her career, she has appeared in numerous movies and TV shows. Her list of credits includes Ginger & Rosa, Top of the Lake: China Girl, Jonathan Strange & Mr. Norrell, and The Water Diary, to name a few.

Over her career, Alice has established herself as a rising actress in Hollywood. As of now, she is working in her new movie- a crime thriller Body Brokers, which is under production.