By LRU Writer | On: July 26, 2021
Jenny Boyd started her jouney in the showbiz as a...keeps a very low profile when it comes to her personal affairs...was dating a mysterious man...was born in...in a family of...not the only star in the family as... holds dual nationality...of height...her net worth... 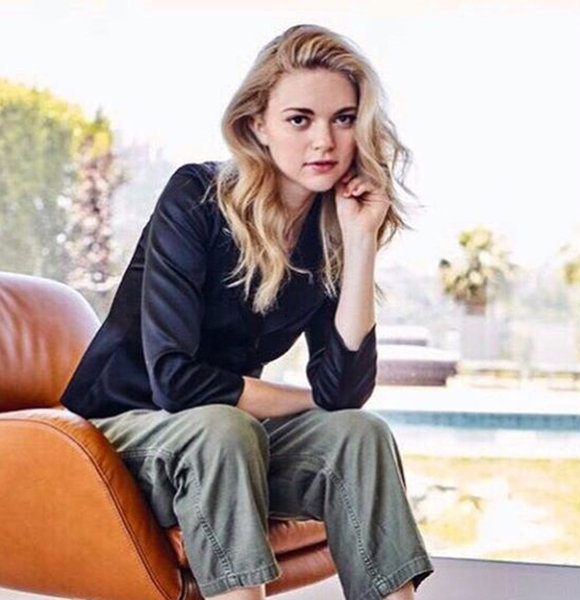 Jenny Boyd, an English-American actress that stars in the spin-off of all-time popular shows The Originals and The Vampire Diaries has curated a strong fan base for herself with her acting skills.

Her exposure to the mainstream media has left the fans wanting to know more about her dating life. However, any information related to her dating life has been kept very confidential by the Legacies actress.

Who Is The Legacies Actress Dating?

Boyd, age 30, has been in the industry for a solid 6 years now, and until now, any of her life details have been kept very private by the 30-year-old.

The actress's Instagram profile, having a striking 804k followers, does not contain any information about her dating life, as most of her posts contain the behind-the-scenes snaps of her work and vacations.

As much of a striking personality as she presents on her acting, she has equally striking humor on her social media posts.

The Legacies Actress, age 30, mentioned her boyfriend once, and before getting excited, we would like to let our readers know it has nothing to do with her actual boyfriend.

She posted an angelic picture of hers while vacationing to Italy and captioned the picture,

My name is Cordelia, i have never touched a man, and every morning I make homemade ravioli with my nuna.

While her claims and blanket dating life have let people speculate that she might not be interested in guys at all, no claims are made according to her sexuality as her dating life is very hush-hush.

But it was always not the case. She used to post about her boyfriend back in 2014. He would frequently come in sight on the actress's social media up until 2015.

After the year, the mysterious guy became a mystery as she stopped posting about him. So we can only assume that the two have now broken up. If not, then kudos to Boyd for maintaining her privacy.

Despite being surrounded by vague gay rumors, she is straight. However, she does support the LGBTQIA+ community and wishes the fellow members on Pride month.

A Famous Old Friend, But Not Friends Anymore?

Even though the actress has been in the industry for a short time, she has made her name known in Hollywood with the works she has done in movies such as Hex and Viking Quest. But she might not be new to the famous faces of Hollywood.

She seems to be in a decade-long friendship with the star of The Queens Gambit, Anya Taylor Joy, age 25.

The two seem to have been pretty close with each other, as oftentimes, in their pictures, the two are seen to be cozy together.

But the one time seemingly best friends does not follow each other on their respective social media anymore.

However, limiting their friendship to social media following might not be fair, but it does make us wonder what the reason might have been.

Nevertheless, we wish that the wonderful friendship has only blossomed over the years and are eager to see these two amazing actresses sharing the screen.

More On Her Co-Star From Legacies:- Kaylee Bryant Dating, Lesbian, Parents, Net Worth

Salary And Career Of The Star

The 30-year-old actress plays the role of Lizzie Saltzman on The Legacies. Her character is the daughter of Alaric Saltzman, played by Matthew Davis. Her character was a recurring role in The Vampire Diaries and had guest-starred in The Originals. She is also a surrogate daughter of Caroline Forbes, another major character of the trilogy saga.

Apart from her role in the hit series, she has also played a prominent role in series such as Hex and Viking Quest.

Apparently, the 30-year-old actress gets paid a staggering amount of almost $10,000 per episode, and with the span, she has been in the industry, she has been able to garner a net worth of six figures.

This aspiring actress has a bright future on her hands, and with the amazing role she has landed herself over the years, we are sure it is just the start for the British-American actress.