By LRU Writer | On: November 27, 2019
Alisha Wainwright is an actress who is filming a movie called Palmer with actor/singer Justin Timberlake. In the movie, the two play as romantic partners. But their recent actions made everyone wonder if the on-screen love managed to sneak its way into the actors’ off-screen life...the two were seen hanging out late in a bar...the two were also snapped hanging out in...Alisha was born in...she is estimated to have a total net worth of... 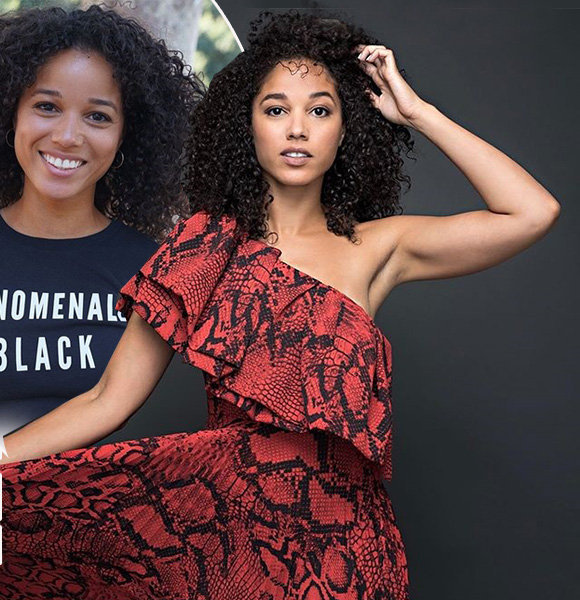 For now, she is filming a movie called Palmer with actor/singer Justin Timberlake, where the two play as romantic partners. But, their recent actions made everyone wonder if the on-screen love managed to sneak its way into the co-actors’ off-screen life.

Justin and Alisha made headlines on 23 November 2019 when the two were seen hanging out late in a bar. At one point, the co-stars were seen holding hands while smiling and laughing. Furthermore, Alisha also stoked Justin’s knee at some point during the night out.

But, what was more shocking was Justin, who is married to Jessica Biel since October 2012, did not have his wedding ring.

When questions and rumors rose, so did the justification of the night out. A source for US Weekly explained that the two are nothing more than friends. The source also tracked several other cast members present at the gathering. Further, it was reported that nothing remotely romantic was going on between the co-stars, and they were more like siblings than romantic partners. Amid all the affair rumors, Alisha and Justin were also snapped hanging out in a trailer at the sets of Palmer on 26 November 2019. The actress left the trailer while talking on her phone; whereas, the singer/actor came out of the same trailer a few moments later.

Justin, who has an intricate tattoo of a cherubic angel between his shoulders, was not seen with his wedding ring again.

Although it may seem like something fishy is going on between them, the explanation about Alisha and Justin hanging out looks pretty genuine, and they seem to be in a platonic relationship.

Alisha was born in Florida in 1989, and her birthday falls on 14 July. She holds American nationality, but her parents have different origins. Her mother is Jamaican, while her father is Haitian.

The actress was primarily raised by her mother, who Alisha considers as her guiding light into the world.

Not much is known about the early life of the five feet and four inches (1.63m) tall actress except that she has step-siblings in her family.

Her Career & Net Worth

Alisha stepped into the world of cinema through a small role in the TV series called Smosh. Furthermore, she appeared playing minor characters in TV series such as Criminal Minds, Married, and Perception.

Another Star From Shadowhunters:- Anna Hopkins Boyfriend, Family, Net Worth

The TV show which brought her fame was none other than Shadowhunters - in which she plays as Maia Roberts. She became more popular when she appeared in the show Raising Dion as Nicole Warren.