Amanda Crew Might Just Be Dating! Who is Her Partner-in-Crime Boyfriend?

By LRU Writer | On: February 10, 2019
Amanda Crew Might Just Be Dating! Who is Her Partner-in-Crime Boyfriend? Most of the people prefer maintaining privacy in their love life and in the context of celebrities, their dating affair is usually open. And the actress from Silicon Valley, Amanda Crew has fated with the same destination as she seems to be one of those who found her soulmate while she was busy inclining her acting career. 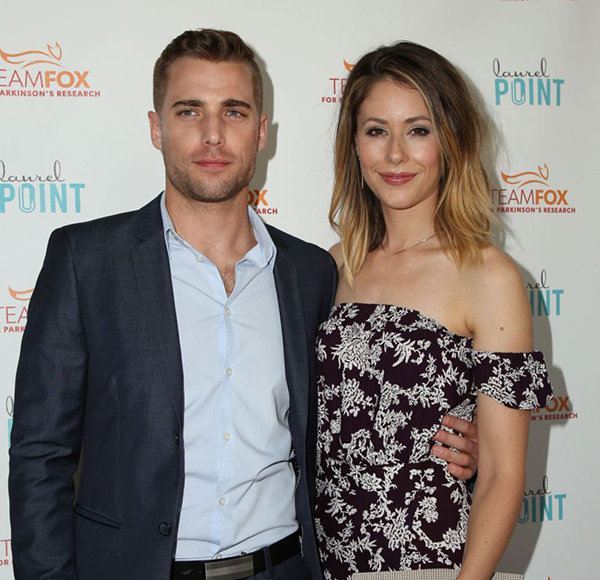 Falling for a certain person is natural and is not in one's hand. We meet different people on this journey, and somewhere in between, we might find a person perfect for us. However, not every person is lucky to meet the special one on this journey.

Most of people prefer maintaining privacy in their love life and in the context of celebrities, their dating affair is usually open. And the actress from Silicon Valley, Amanda Crew has fated with the same destination as she seems to be one of those who found her soulmate while she was busily inclining her acting career.

The beautiful actress of 'Silicon Valley,' Amanda Crew has been very private when it comes to flaunting her love life. When asked about her boyfriend, she has always managed to remain silent in an impressive way.

Back in 2013, Amanda bemused her followers by sharing a picture with Lego on Instagram where she mentioned it as her boyfriend. The actress captioned,

"I'll never Lego of my boyfriend."

Though Amanda was successful in confusing her fans by sharing a photo with her Lego boyfriend, she has been active in exhibiting her relationship with her co-star Dustin Milligan, which hints their possible love affair. The 31-years-old actress is usually seen talking about Dustin or posting his pictures.

The pair has not just appeared in movies together, but also has been seen in different social media posts. On July 28, 2015, Amanda shared a picture of Dustin on Twitter wishing him his birthday. Their closeness was not only for the year 2015; it enlarged more as time passed. Being co-stars, the pair made many public appearances together. They even attended Emmy Awards in 2016.

Amanda and Dustin are not just co-stars and friends but seem to be a couple enjoying a romantic relationship. And their relationship was confirmed in September 2017, after the pop duo, Aly & AJ tweeted saying that they are lucky to call Dustin's girlfriend Amanda their beloved victim.

Amanda and Dustin together have appeared in the movies like Final Destination 3 (2006), Repeaters (2010), Sisters & Brothers (2011), Ferocious (2012), and Bad City (2014). And even after appearing in a number of movies and making several public appearances, the pair hasn't been open about their relationship. Neither they have talked about their plans for getting married.

A reason for Amanda not announcing her romance with Dustin could be his casual approach towards dating. Dustin, who was previously in a relationship with actress Jessica Stroup. He didn't even show a bit of trauma after he broke up with his former girlfriend. Rather he mentioned that there were a lot of options for him as he often worked with hot actresses.

Even though the couple has not announced their affair publicly, they have already started a family as they share a pet dog together. Apart from enjoying each other's company, the three also involved in hilarious cosplays. Back in early 2018, the duo along with their dog got dressed up in funny butterfly costumes for a photo to feature in their holiday cards. While marriage may still not be on the cards for the couple, they sure seem to be enjoying their moment together.

Her acting career started long ago when she was in her fourth grade in elementary school. She then appeared in the musical, "Dragon Tales." Likewise, she performed in a Coca-Cola commercial and acted in stage plays like "Stalling," "Cardston Courts," and "Langley, the Musical." To flourish her acting skill, Amanda attended the American Academy of Dramatic Arts.

As an accomplished actress, she went through a lot to achieve success. In the start of her acting career, she limited her diet to have a perfect body, and by the age of 21, she was deep into an eating disorder.

However, Amanda recovered with a lot of therapy, and now after 11 years, she wants to encourage the young girls that self-love is necessary and rather on outer-appearance, they should focus on their brains, creativity, and passion.

Well, she is now a confident actress. Following her debut in the movie, Final Destination(2006), she is best known for her work in the film, Silicon Valley. In 2017, she appeared in the films like "Table 19", "A Crooked Somebody," "Isabelle," "American Murderer," and the 2018 horror-thriller movie "Tone Deaf" alongside Robert Patrick.