By LRU Writer | On: February 07, 2019
Although not entirely as widely celebrated as her former husband Josh Brolin, actress Alice Adair - in many ways - has left a mark in Hollywood... Besides her once-burgeoning acting career, her contributions to the film industry are his children, who have followed their parents' footsteps... 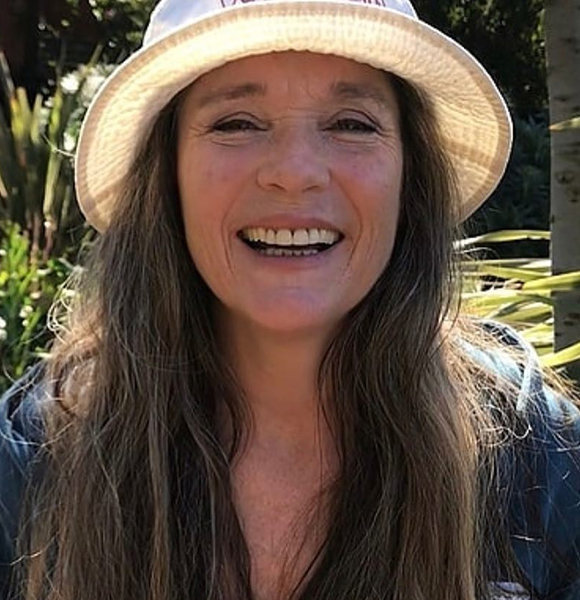 Although not entirely as widely celebrated as her former husband Josh Brolin, actress Alice Adair - in many ways - has left a mark in Hollywood. Besides her once-burgeoning acting career, her contributions to the film industry are her children, who followed their parents' footsteps.

Now a grandmother among other things, Alice seems to enjoy the life outside of the limelight, occasionally popping on her daughter's social media feed. Delve into her biography to learn about her pre as well as post-marital life with the Deadpool 2 actor.

To get better gaze at Alice's history with her ex-husband, one has to rewind to the year 1987.

Meeting on the set of the Private Eye that year, the former lovebirds quickly developed feelings for each other. So intense was the love between the two that they tied the knot a year later in 1988.

Within months after getting married, Alice and Josh welcomed their first child, a baby boy named Trevor. Six years later, the family grew by four after they welcome their second child Eden Brolin. Alice Aidar poses next to her ex Josh Brolin & their daughter Eden for a selfie (Photo:- Eden Brolin's Instagram)

But by the time Eden came into existence, the Quantum Leap star's relationship with her then-husband had already deteriorated. Despite the divorce, she remained at Josh's ranch to raise their two children.

It wasn't until 2004 that her former spouse officially moved on from their split, after getting married to actress Diane Lane. Though not as productive as their marriage, it lasted for almost a decade.

Following Josh's split from his second wife, he married his secretary-turned-girlfriend Kathryn Boyd in September 2016. The married duo is now parents to a toddler named Westlyn Reign Brolin.

While her former husband has seemingly found happiness with other women, it is still unclear whether Alice has done the same with other men in her life. Regardless, she is still an omnipresent figure in her children's lives.

Now believed to be in her early 50's, the Beverly Hills Cops 2 actress could be looking at life as a grandmother.

After all, her daughter, Eden is all set to marry her boyfriend, Cameron Crosby. Interestingly enough, it was Josh, who first broke the news via Instagram in 2018.

Events like this have only help to reinforce the narrative that the Brolin-Aidar household is free of malice. And despite the discernable difference in net worth - Josh garners $35 million fortune - Alice and her former husband, now age 50, come together as a unit for the sake of the family.

The Szuler actress' bio suggests that she's a private person, who possess zero intent to hit the limelight.