By LRU Writer | On: July 11, 2019
Amanda Giese is a reality star of her eponymous show...was just 11 years of age when...Amanda of White ethnicity...raised her children as a single mother...got engaged to get married on... 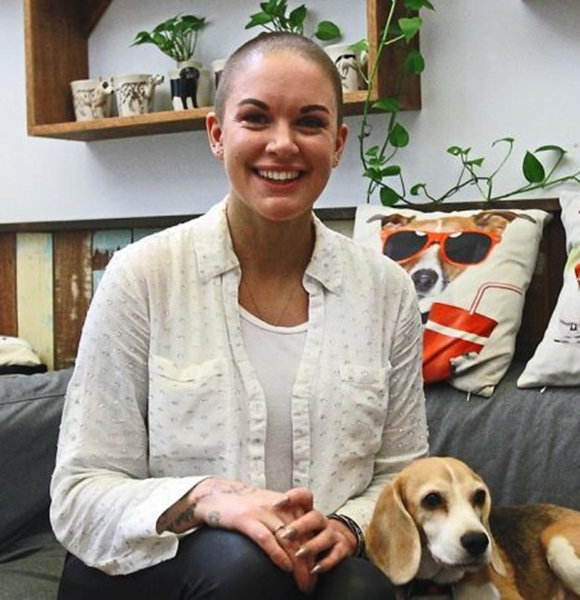 Amanda Giese is a reality star of her eponymous show, Amanda To The Rescue.

Starring alongside her children in the first season of the show in 2018, she and her family gained fame via rescuing and taking care of the animal in dire situations in the Animal Planet program.

She also runs Panda Paws Rescue, a non- profit organization which works for the goodwill of mentally tortured and disabled animals. Besides her work for animals, the reality star is famous for sporting a bald hairstyle on national television.

Amanda was at the age of 11 when she rescued a kitten named Jane Doe. The act of kindness determined her career path to help others as she went to medical school, but she later opted to work as a vet.

However, after the reality star started working in a clinic, she got to know how stray animals were maltreated in favor of domesticated animal.

As an animal lover, Amanda couldn’t stand the discrimination. Thus, she quit her job and founded Panda Paws Rescue. Well, her work in the non-profit organization caught the attention of Animal Planet, and she became a reality star of docu-series, Amanda To The Rescue.

As Amanda has so much love and affection to give to the ill-treated animal, people guess that she must come from a loving home.

Well, the reality is quite different than people’s imagination. Born on 26th January 1983, Amanda grew up in an abusive family. It is due to the haunting past that she doesn’t share a great relationship with her parents till date.

However, the 36-year-old has taken the abusive past in her stride and dedicated her life into animals service. The reality star's dedication has rubbed off on her children as her son Beast wants to serve in the military and her other child her Jade intends to work for the animals.

Amanda of white ethnicity was once married to the father of her children, Beast and Jade. But, as her animal rescue career started to rise, her marriage failed. Thus, she divorced her unidentified husband.

Post the end of her marriage; she raised her children as a single mother. However, love came knocking on her door in the form of Gary Walters. The pair bonded with their mutual love for the animals. Gary took care of the IT part of Amanda’s baby, Panda Paws Rescue.

Well, the personal and professional partners got engaged to get married, and Gary even starred with Amanda and her kids in season one of Amanda To The Rescue. Sadly, the relationship ran its course, and the pair separated.

However, Amanda didn’t give up on love; she found solace in the arms of Jeffrey Roy. On 23rd June, she posted a picture with her new boyfriend with a touching message on the occasion of his birthday via her Instagram. With evident straight romantic affairs, rumors regarding Amanda's gay sexuality gets thrown out of the window.

Talking about Amanda’s net worth, she earns a yearly income of $95,586 per year for her Animal Planet docu-series.