By LRU Writer | On: February 28, 2021
Before Gus Smyrnios shot to fame via Floribama Shore, he had humble beginnings...At the age of 17, he was forced to leave his house...The reality star comes from a family of... 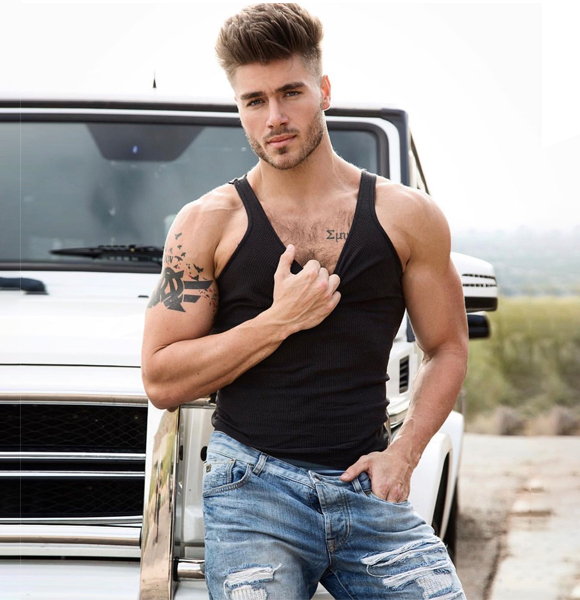 Before Gus Smyrnios shot to fame via Floribama Shore, he had humble beginnings. Coming from a family in the blue color profession, he used to lay floors, roofing and also worked on a farm for two or three years. At the age of 17, he was forced to leave his house, relying only on friends to get by.

One day he tagged along with his then-girlfriend, who was into modeling and got spotted by her agent. The guy signed him and helped Gus land novel covers. Soon, he became a sought after reality star and also went on to be a part of MTV’s The Challenge.

What Is Gus’ Age?

Gus was born on 2 March 1995 in Tallahassee, Florida. The 24-year-old boasts the sun-sign Pisces according to his birthday.

The reality star comes from a family of four siblings; he has a brother named Seth and two sisters, Hannah and Leah. Gus' parents eventually got separated, and his father tied the knot with a woman named Audrey in 2015. Well, the Floribama Shore star was rather happy about his patriarch finding love again as he honored his old man’s second marriage on Instagram.

Gus has come a long way since working on the farms and being homeless. Today, his net worth is on the rise as he earns a salary of $50,529 per year. His Instagram count is more than 300K, which also helps him fetch income via brand deals.

As a famous reality star, Gus has been the topic of gay rumors among fans. While people keep speculating his sexuality, he laughs it off. On 1st July 2018, he tweeted that people in the airport thought he was gay as he was wearing a dangling earring and had perfect eyebrows.

Along with his tweet, Gus’ relationship status also clears the air about his sexuality. As of now, the reality star - height 5 feet 11 inches (1.8 m) - is dating his fellow Floribama Shore co-star, Nilsa Prowant. The reality stars and lovers keep flaunting their love on Instagram via lovey-dovey snaps. The conjecture started with the pair's encounter in NewYork during the filming of MTV’s Total Request Live. Fans couldn’t help but ship the romance. Their hopes went high when Briana posted their picture together on her Instagram, to which Gus replied, and there was an exchange of heart emojis. But the rumors eventually died down as things didn’t heat up from there.