By LRU Writer | On: April 10, 2019
YouTuber Amiri King is an example of the power of social media. Amiri, real name, Tony Donovan Schork, was once homeless and even served a jail sentence for robbery. But his life turned around after he began sharing about himself on YouTube. A real story from the road to riches, keep reading about his fascinating life! 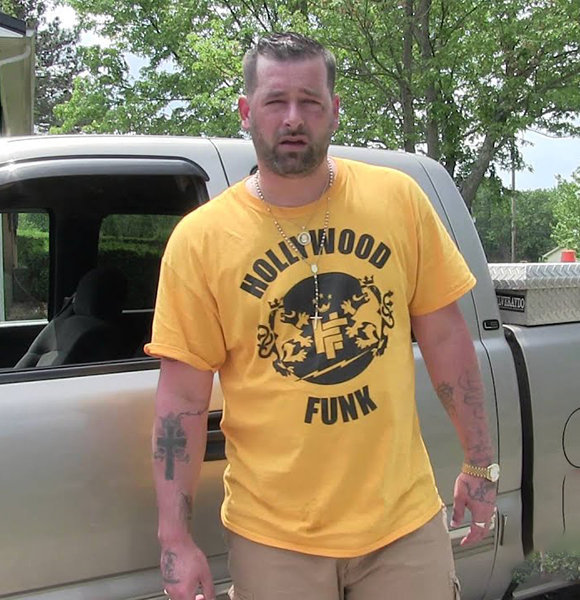 YouTuber Amiri King is a perfect example to showcase the power of social media.

Amiri, real name, Tony Donovan Schork, was once homeless and even served a jail sentence for robbery. But, his life turned around after he began sharing about himself on YouTube. A real story from the road to riches, keep reading about his fascinating life!

Amiri, age 39, was born in Louisville.

Since a young age, he frequented medical institutions and boys homes like Jefferson Behavioral Health, Rivendell and Oneida Baptist Institute to name a few. Living in between such residences, he ended up in the streets and became homeless.

But the adversities of his life were far from over. At the age of 16, Amiri’s brush with the law came when he was charged with 1st degree armed robbery. The situation was dire as a young teen Amiri was facing 20 years of prison and required a $100k full cash bond.

After negotiations with the prosecutors, he pleaded guilty to 2nd-degree robbery and served jail until he was 21 years old. A free man, Amiri began living in homeless homes at Wayside Christian Mission and the Healing Place.

Now, a changed person he started sharing his story with at-risk youth at local high schools.

In the quest of a fresh start he even moved to a new place; Nicholasville. Soon enough he landed a job as a landscaper. But, the drive to share his side of the story was still there. Thus he started his full-fledged YouTube channel in 2013.

Another YouTuber Who Overcame All Odds:- Evan Eckenrode Age, Net Worth, Parents

Among the contents on his self titled channel, My Vlog is Better Than Yours series and car commercials are the stand out materials which put him in the YouTube map.

Further, increasing his bio in the entertainment industry, he made an appearance in the web series Surviving the Zombie Apocalypse with Rick and Ed in 2014. Courtesy of his endeavors he has accumulated a net worth of $250,000.

Who Is His Wife? Insight Into Family

Amiri King is married to Sara Ruminski. He shares three adorable daughters with his girlfriend-turned-wife. The cute munchkins are Kennedy, Tilly and Marcy King. However, not much is known about the pair’s dating history and the women the YouTuber dated in the past.

For You:- Patrick Starrr Wiki, Age, Gender, Net Worth

No matter the previous relationships, Amiri is blessed with a beautiful family. Talking about his parents, his father passed away, but his mother remains a solid rock in his life.

Well, his mom is genuinely proud of him. He has showered his mother with love; he brought her an SUV car and even a house. Being an at-risk youth, and coming from a tough home, Amiri is one huge inspiration.