By LRU Writer | On: October 28, 2019
Amy Tapper started her reality TV journey at the age of 13...found few love interests in the show Celebs Go Dating...labeled each other as boyfriend and girlfriend...Amy Tapper was born on...she became a target of online trolls...her total net worth... 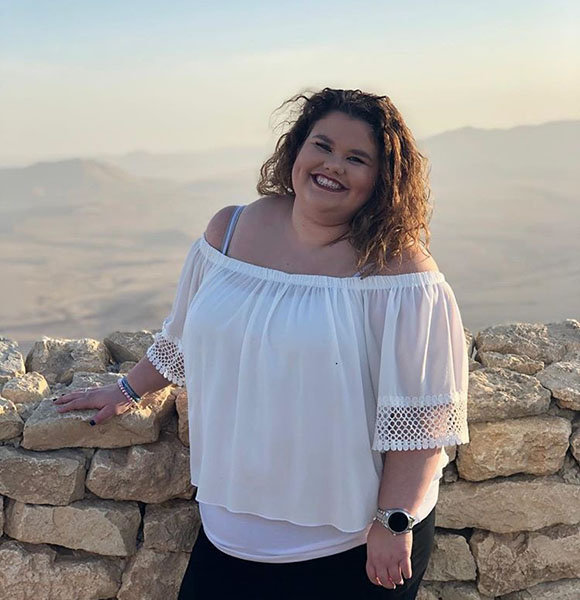 Amy Tapper started her reality TV journey at the age of 13. She first entered the business after her family signed up to appear in the 2013 season of Gogglebox. The show instantly became a hit, and the Tapper family rose to fame merely doing their everyday chores.

Sadly, to the fans of Gogglebox, Amy quit the show to pursue her love life on Celebs Go Dating, which focused more on her dating life.

Did Amy find love via Celebs Go Dating? Read more to find out.

Amy, who is not very experienced in dating, found few love interests in the show, Celebs Go Dating. Her first date in the show was a guy named Ash. The appointment became very awkward as Ash and Amy could not decide who should take care of the bill. Amy was unimpressed with her date, and the two were not seen with one another again.

Another guy in line was a potential love interest of Amy, Ace Hearn. The two went on a date, which also turned out a bit awkward for the fans. Ace claimed that he left his bank card at home, so Amy had to pick up the tab.

The duo went on another date the following week. But, Ace could not help but make the date weird again by bringing his dad to the date. He was not shy, mentioning that his dad was a match for Gemma Collins in the previous season of the show. The fans of Celeb Go Dating claimed that Ace wanted more air time. Some criticized Ace’s idea of bringing his father along.

As the season ended, fans were left wondering if the duo decided to take things further or not. Amy, while speaking to OK! Online, revealed she was still in touch with and had a great friendship with him. The two, according to Amy, were figuring how things went with them.

So, she is seeing Ace outside the show. But, it is unclear if they have labeled each other as boyfriend and girlfriend.

Amy Tapper was born on 7 January 2000 to parents: Jonathan Tapper and Nikki Tapper, who celebrated their 23rd wedding anniversary on 2 May 2019. The England-native grew up with a brother named Josh Tapper, who is on a Civil Service Apprenticeship.

Amy Tapper rose to the height of fame through the show Gogglebox in 2013. She pretty much went on with her life as the reality TV show made her famous among its viewers.

Another Gogglebox Star:- Scarlett Moffatt Is Not Married! Has a Boyfriend To Love or Is Single?

Just like most of the stars, she became a target of online trolls in 2016. The internet made many comments regarding her weight when another Gogglebox star Viv Woerdenweber showed off her weight loss.

The internet suggested Viv give Amy some tips and went on to make nasty comments about Amy’s body. The Tapper family saw themselves higher than these people and did not comment on it. Amy mentioned in an episode that being fat was as equally unhealthy as being too thin.

Rising above the hateful internet, Amy became more famous when she joined Celebs Go Dating. But, though her fame is seen rising in public, the reality star has opted not to disclose her salary or total net worth.