By LRU Writer | On: November 21, 2019
Coupled with an enticing body and a beautiful smile, Russian glamour model Anastasia Kvitko...Until the glamour model herself sheds some light into the matter, Anastasia is...Her natural beauty and physique grabbed attention...Soon after she became the brand...Anastasia has always been targeted by...Anastasia, however, denies the claims and allegations of... 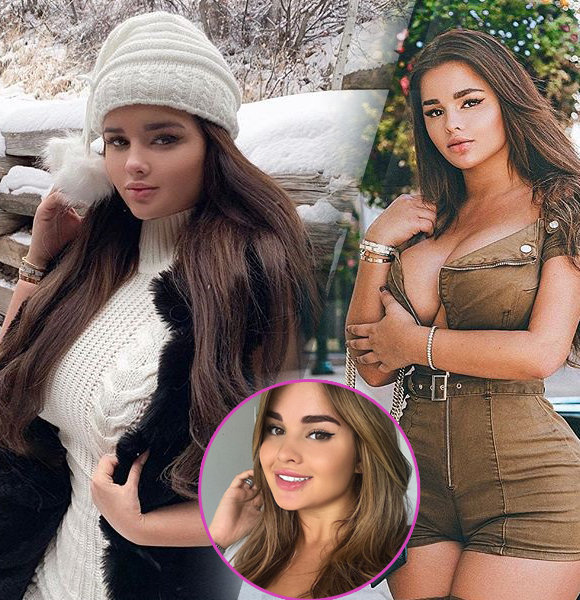 Russian glamour model Anastasia Kvitko is a star in her own right.

With her alluring and plump curves, the fitness model has a fan following of more than 10 million on her Instagram. One look at her handle and no man or woman would dare avert their gaze away from her.

Also known as the Russian Kim Kardashian, her beauty has helped her to achieve celebrity status in 2019.

Interestingly the model is quite single in 2019.

With no rumors gossip or photographic evidence of a boyfriend, her present status could be considered single. Throughout her Instagram handle, Anastasia has only shots of herself and nobody else.

Until the glamour model, herself sheds some light into the matter, for all we know, Anastasia is single and ready to mingle. With a bust size of 34 double D, Anastasia has always been targeted by internet trolls and the media that she has had plastic surgery on herself. A few even claim that they can prove that she has had enhancement surgery done.

Anastasia, however, denies the claims and allegations of surgery.

Anastasia was born on 25 November 1994 in Kaliningrad, Russia. Her father was a businessman while her mom was a primary school teacher. Raised alongside a sister, Anastasia was always physically active and self-aware. She enjoyed sports, working out, and followed a strict vegetarian diet.

Her natural beauty and physique grabbed attention early on. Many people and peers asked her to try a shot at modeling.

She initially scored minor gigs before applying for established modeling agencies. However, the agencies turned her down, asking her to lose weight. Denying to do so, Anastasia started posting pictures on the Russian social media website Vkontakte.

After rising in popularity in Russia, she moved to the U.S to Miami, Florida, to gain better career opportunities. Even in the U.S, she received the same backlash as agencies asked her to reduce her bulky bodacious curves.

Soon after, she became the brand Ambassador for Eliya Cioccolato and was named one of the sexiest women from modern Russia in 2016.